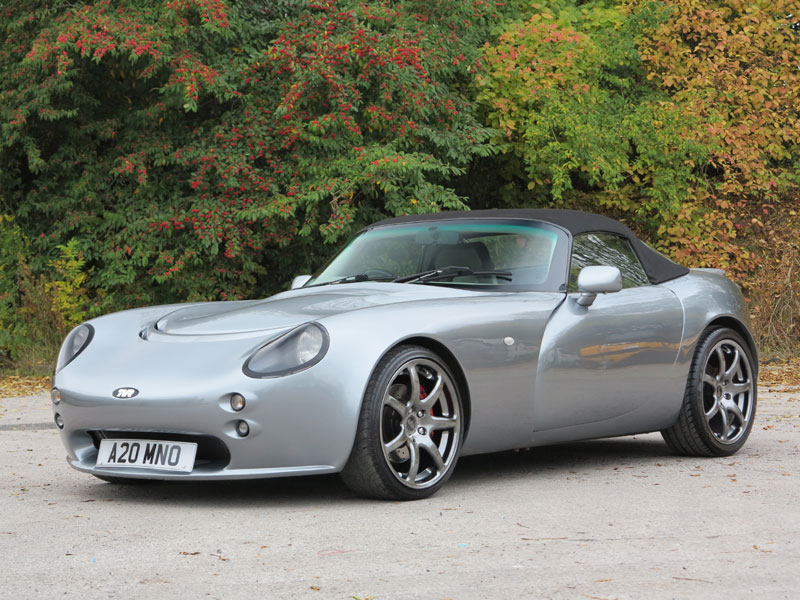 TVR manufactured the Tamora between 2002 and 2006, during which time around just 356 were produced. It is widely considered to be one of the company's best driving models and, according to Autocar magazine, could achieve the benchmark sprint to 60mph in a lightening 4.2 seconds and top 170mph flat out - figures that wouldn't disgrace a supercar of today. The 350bhp and 290lbft of torque on tap were provided by a 3605cc version of TVR's in-house straight-six so called 'Speed Six' engine that was mated to a five-speed manual gearbox. Braking was by sizeable discs front and back operated by AP callipers, while the suspension comprised racing-style double wishbones at all corners. This macho-looking entry level Convertible was designed by Lee Hodgetts and Darren Hobbs and designed to fill the gap left by the departing Chimaera and Griffith models. When new, the Tamora was priced at £43,460.

The very attractively-presented right-hand drive example now offered is finished in Titanio Grigio Pearl (that's Titanium Grey Pearl in non-TVR speak) matched to a Nimbus and Portland Grey interior - considered the combination of choice by many aficionados. The unmarked seven-spoked 16x7-inch alloy wheels are shod with Toyo Y-rated tyres. Other items of note among the car's impressive specification include: sports exhaust; upgraded alloy radiator; electronically-controlled doors, windows and mirrors; Black mohair hood with glass screen; adjustable steering column; Thatcham security; air conditioning; central locking; and CD player. 'LG52 CYO' currently displays a total of 48,000 miles and is considered by the vendor to have 'excellent' interior trim and 'very good' bodywork, paintwork, DOHC engine and manual transmission. The TVR is now offered for sale complete with service history courtesy of both franchise dealers and marque specialists. A relatively rare and exciting opportunity for the many enthusiasts of this much loved British marque.
Share: