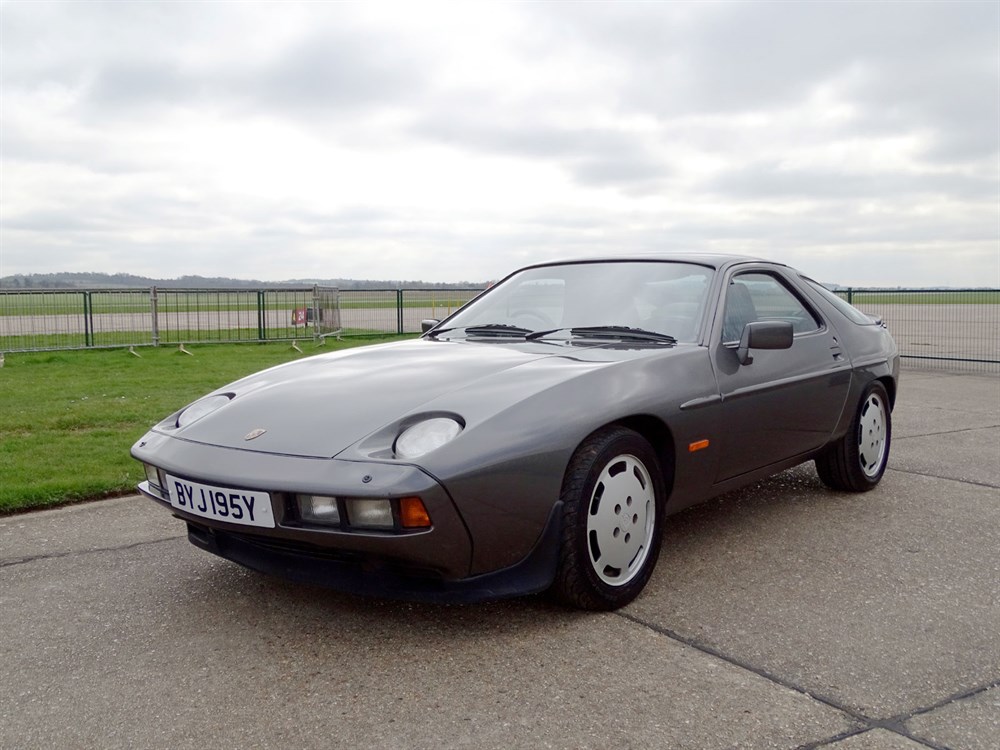 - Well-presented example of this increasingly sought after grand tourer

Styled by American Tony Lapine, the front-engined, water-cooled, V8-powered 2+2 928 was launched at the 1977 Geneva Salon. The 1979 version featured an enlarged engine of 4,664cc and a commensurate increase in performance - the 0-60mph dash was now covered in 6.2 seconds and the top speed raised to an electronically-limited 155mph. Production of the model continued until 1995, by when c.61,000 examples had been made.

This well-presented righthand drive example of what's an increasingly sought after Grand Tourer has remained within its current ownership since 1996 and notched up a total of 83,400 miles to date. It is finished in the subtle combination of Quartz Grey bodywork and Dark Blue hide interior trim, and the vendor describes the bodywork, paintwork, upholstery, V8 engine and automatic transmission as all being in 'good' condition. The Porsche is being offered complete with history file containing service record, service invoices and previous MOTs, plus one valid into June.
Share: