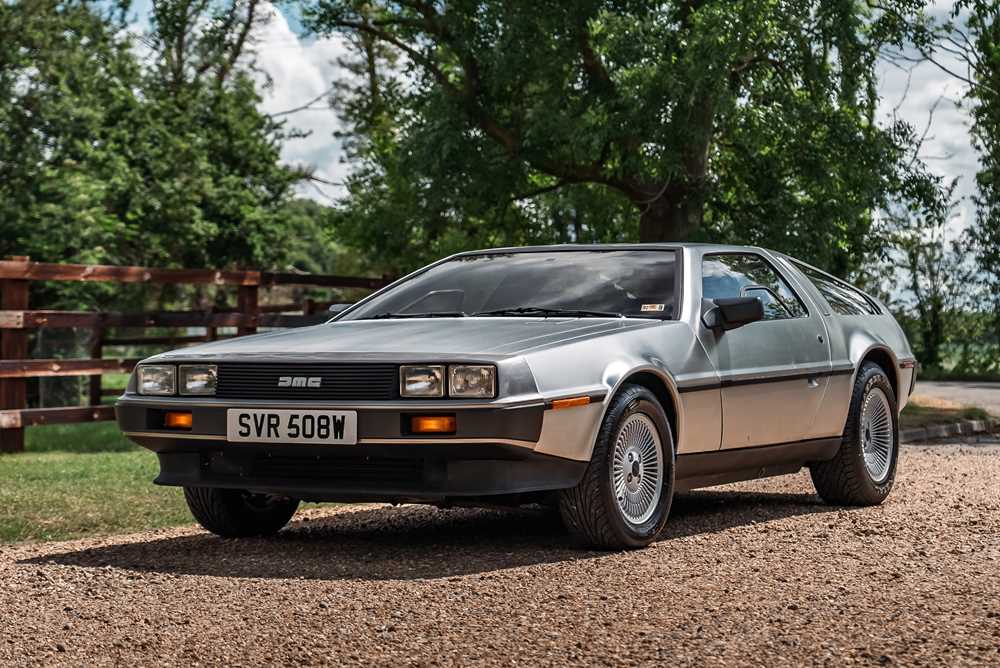 “Throughout the history of the British Motor Industry, hope and enthusiasm have tended to overrule commercial common sense. The DeLorean episode was perhaps its clearest example in Government.” - Martin Adeney, The Motor Makers.

The brainchild of ex-General Motors executive John Zachary DeLorean, the DeLorean sports car project was touted around the world before finding a home in Northern Ireland thanks to generous grants from the British Government. Designed by ex-Pontiac engineer Bill Collins, the DMC12 was extensively reworked by Lotus prior to production, emerging with the latter's trademark steel backbone chassis and all-independent suspension, and powered by a rear-mounted Peugeot/Renault/Volvo 2.9-litre overhead-camshaft V6 engine. Apart from its larger-than-life creator, it was the car's stylish coupé body that attracted most attention by virtue of its method of construction - a combination of glass fibre inner panels and stainless-steel outer skin - and doors that opened gull-wing fashion à la Mercedes-Benz 300SL. The much-hyped DMC12 finally arrived in 1980 and immediately ran into quality control problems, a not altogether surprising occurrence considering the local workforce's unfamiliarity with automobile manufacture. No doubt the company would have sorted out the glitches given time but sales never approached projected levels and DeLorean's 1982 indictment on drugs charges - he was subsequently acquitted - brought the project to its knees.

Displaying a total of only 10,500 miles on the odometer, this left-hand drive example of one of the 20th Century's most controversial motor cars was purchased new in July or August of 1981 and spent the following three decades in the state of Pennsylvania. It is believed the vehicle was placed into dry storage fairly early in its life as was considered an investment by the then owner. Now retrieved from across the pond and with a new custodian in the UK, where it was registered in March 2015 - the car has been used sparingly, covering c.300 miles since arrival on UK soil. Close-inspection of the underside of this DMC12 supports the modest recorded mileage and the car is said to be “time warp original and unmolested”. Offered with a V5C document (showing one former keeper) and current MOT certificate; this instantly recognisable and highly collectible rarity is described by the vendor as being in ‘excellent’ condition with regards to its bodywork , ‘very good’ condition with regard to its engine, electrical equipment and transmission, whilst he regards the interior to trim to be ‘good’.