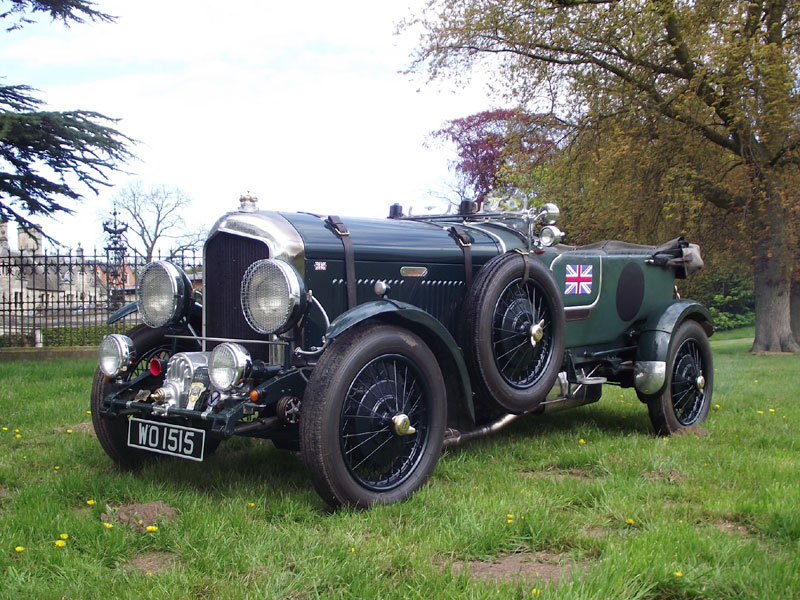 The sight of a `Blower' Bentley conjures up all manner of historical pictures in the mind of the enthusaist, from the escapades of the `Bentley Boys' that led to the formation of the British Racing Drivers' Club to that famous string of victories at La Sarthe. We should also include everybody's favourite secret agent - Bond, James Bond - the Battleship Grey 1930 example of whom featured in Fleming's first three books about our hero, and long preceded the DB5 made so much more famous by the films Goldfinger, Thunderball and Skyfall. The special now offered is a painstakingly-created nod to the Bentleys of the WO era and comes complete with: dummy supercharger nestling between the front dumb irons, corded semi-elliptic front springs and beam axle, 21-inch wheels and tyres, fabric-covered bodywork, emotive bonnet straps, a windscreen that folds down to reveal a pair of aero-screens etc. The list is long and impressive and even includes the registration `WOI 515' (presented as `WO 1515').

This extraordinary right-hand drive motorcar is believed to have been constructed over the course of 10 years between the late `60s and late `70s, and was fashioned around a replica chassis of 9ft 9in wheelbase. The running gear was drawn from a 1952 MK VI Bentley, but the special sensibly benefits from modern electrics (alternator, lighting etc) and a servo-assisted braking system. Finished and trimmed in suitably traditional shades of Green, it is currently considered by the vendor to have `good' bodywork, paintwork, interior trim, 4566cc straight-six Bentley engine and four-speed manual gearbox. In summary he says: "The motorcar is now nicely patinated and drives well, comfortably keeping up with modern traffic whilst conveying the delightful feel and road presence of an original WO Bentley." Guaranteed to draw the crowds wherever it goes, `WO 1515' now requires a suitably loving new home.
Share: