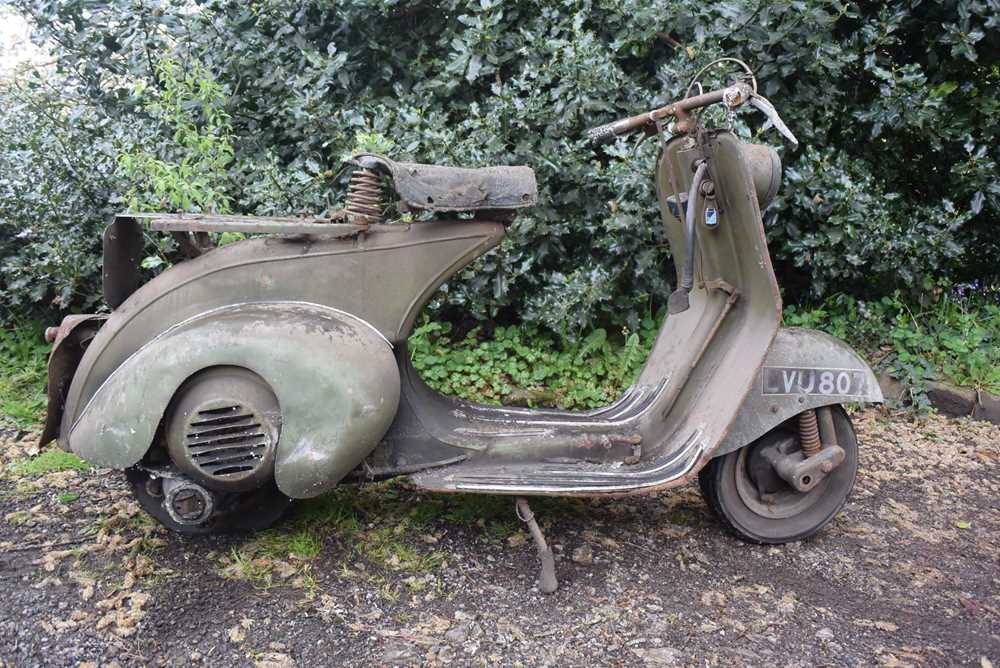 The first Vespas designed by aeronautical engineer Corradino D'Ascanio were produced by Piaggio in Italy in 1946 and proved to be an immediate success, helping the country to get back on its feet after the devastation of WW2. The demand for the scooters was so strong that licensing agreements were signed with various companies around the world, with the Douglas motorcycle company becoming the UK partner. An Italian-built machine was displayed on the Douglas stand at the 1949 Earls Court bike show but it was April 1951 before production in Bristol began starting a sometimes turbulent relationship that ran until the early 80s. The model manufactured in the UK was the classic 'Faro Basso' shape but with the headlamp on the leg shields to comply with local regulations and still using the rod type gearchange system being replaced by cables on the Italian-produced versions.

This 'Rod Type' 125 was registered on the 9th of May 1951 so must have been a very early one off the Bristol production line being supplied by Colmore Depot in Manchester. Bought by the vendor in March 1955 it was used on a tour of Scandanavia that summer. Stored for a number of years it will need a complete restoration but the bodywork is quite solid and original, including the early aluminium front mudguard and side panels. It comes with a current V5C and its original buff logbook.