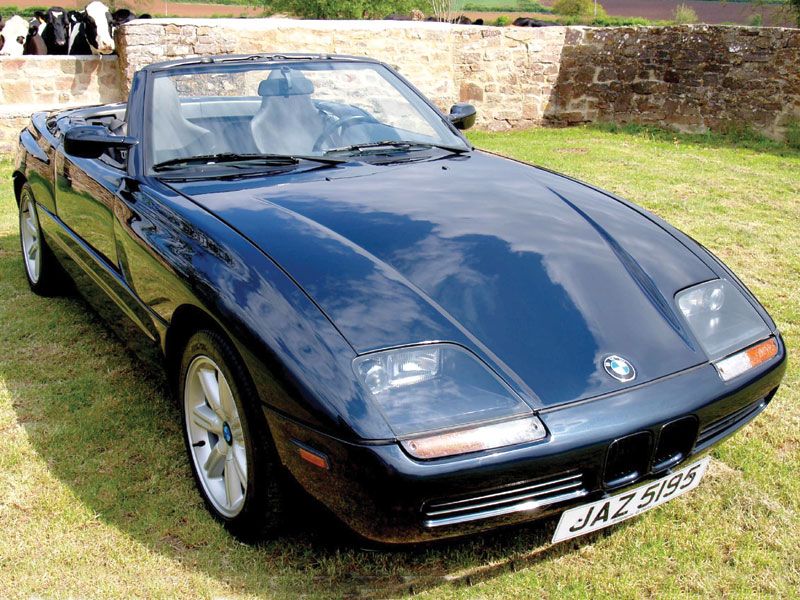 BMW Technology GmbH was founded in January 1985. An R&D think-tank free from commercial pressures, it was tasked with developing technologies that challenged the accepted basics of automotive design. Headed by Ulrich Bez (now CEO of Aston Martin), the subsidiary's first challenge was to create a car that encapsulated 'Freedom on Four Wheels'. The resultant embryonic Z1 was never intended to go beyond the concept stage, but the intervention of BMW-AG chairman Eberhard von Kuenheim saw it cleared for production. Introduced at the 1987 Frankfurt Motorshow, the two-seater caused a furore. Built around a galvanised steel spaceframe with fully detachable composite resin body panels and an airflow-channelling bonded floor, it boasted far greater torsional rigidity than its Z3 successor. Always intended as an LHD-only, low volume model (just 8,000 were produced), the Z1 boasted a unique semi-trailing arm, Z-axle rear suspension, but borrowed its front suspension (albeit with a wider track), 2496cc straight-six, 170bhp engine and Getrag five-speed gearbox from the contemporary 325i. Lauded by the press for its excellent handling and roadholding, the BMW was capable of sprinting from 0-62mph in 7.9 seconds and on to 140mph. Its electrically powered doors could be made to disappear inside the sills, even while on the move.

Finished in Dream Black (Trauma Schwarz, a colour unique to the Z1) with grey camouflage hide upholstery and matching overmats, this particular example is believed but not warranted to have covered just 64,452km from new. Supplied to Mr R Van Der Laan of Derby County Football Club by Bridgegate BMW Ltd in 1996, the two-seater retains various service documents made out in his name. Riding on alloy wheels and sporting the cherished number plate 'JAZ 5195', this delightful sports car is offered for sale with a space-saver wheel, new boxed BMW MPH speedometer, owner's manual and MOT certificate valid into April 2012. Sparingly used and kept in a heated French garage for part of the last five years, the Z1 is considered by the vendor to have "very good" bodywork, paintwork, interior trim, engine and gearbox. These pretty cars are a delight to drive and extremely rare on British roads. There's hours of fun to be had from the doors alone!

PLEASE NOTE: This lot is accompanied by (a) a photocopy of an old V5 Registration Document which lists Mr R Van Der Laan as the then keeper and (b) one parts receipt made out in his name. It does not come with various service documents made out in Mr Van Der Laan's name as stated in the catalogue description.
Share: