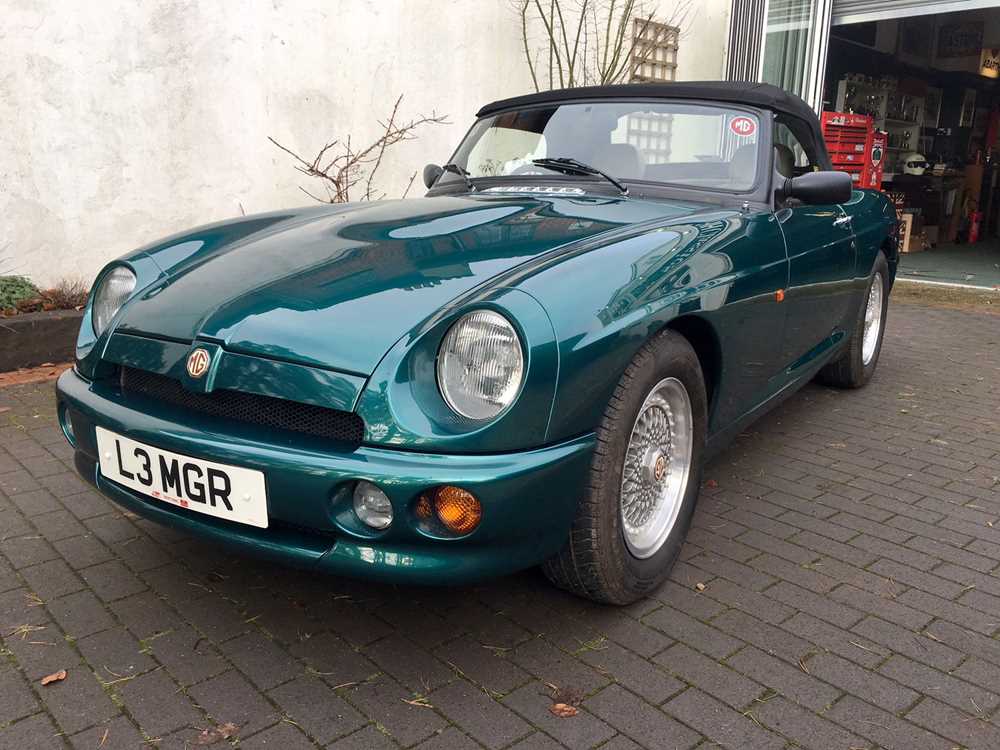 One of only 28 UK market cars to be finished in special order Le Mans Green with Stone Beige leather upholstery out of a production run of just 307 UK supplied examples, L3 MGR has been in the same family ownership and has covered just 4,865 miles from new. Ordered in November 1993 by the vendor’s late husband, it was registered from new with the current ‘Select Registration’ at additional cost. Now emerging from a period of dry storage, this extremely low mileage example is offered with a good history file including original purchase invoice from Caffyns of Worthing, owners hand and service books, MG embossed wallet, numerous assorted invoices, correspondence from Rover concerning its original order, old MoT certificates dating back to 1996, assorted expired tax discs and current MoT to November 2020.

Launched at the 1992 Birmingham Motor Show, the RV8 signalled MG's return to the open sports car market. Just as the Cobra grew out of the less muscular AC Ace, so the RV8 evolved from the immortal MGB Roadster (hence the car's 'Project Adder' development code). Built around a thoroughly re-engineered and neatly restyled version of its predecessor's monocoque bodyshell, it was powered by a 3948cc V8 engine that developed some 190bhp and 318Nm of torque. Said to be capable of 135mph and 0-60mph in 5.9 seconds, the adoption of telescopic shock absorbers and anti-roll bars all round brought a notable improvement in handling. Trimmed to a high standard, its inviting interior boasted leather upholstery and rich wood veneers. Less than two thousand were manufactured between 1992 and 1995, with most being exported to Japan, making this home market example both rare and desirable.