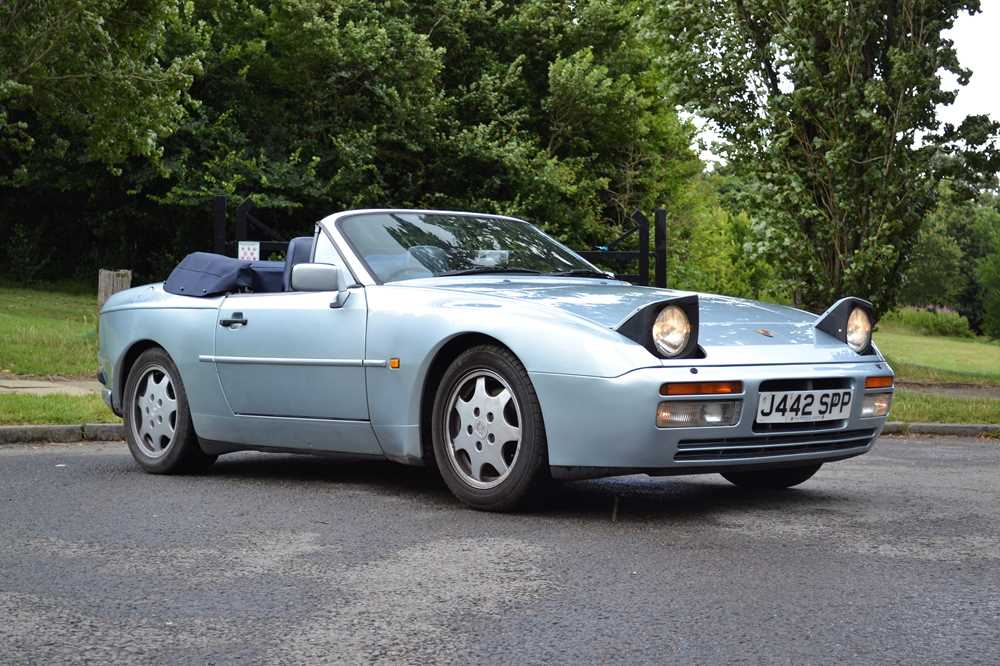 This 944 S2 Cabriolet was manufactured in 1992 and was first delivered on the 6th of May 1992 by Chariots Porsche Centre of St. Albans. Fitted with the 2969cc straight-four engine with the five-speed manual transmission, the Porsche is finished in Light Blue with Blue leather interior upholstery and a Blue hood. ‘J442 SPP’ is offered with just 71,898 miles (at time of consignment) and only three owners from new, the 944 was retained by the first owner until 2017. Subject to a ‘Category C’ insurance claim in 2010 but has since been AutoLign inspected in 2019 which concluded with the 944 being provided with a ‘Certificate of Investigation and Pass’ (a copy of which is provided in the history file), reclassifying the Porsche.

Subject to £4,200 worth of expenditure in 2017, the Porsche received a service, new cam belts, further engine fettling and a brake overhaul provided by Porsche specialists. ‘J442 SPP’ is offered with a history file which comprises the book pack including stamped service book displaying ten service stamps as well as five brake fluid and coolant changes. Further accompanied by a selection of invoices, numerous MOT certificates and a current V5C.