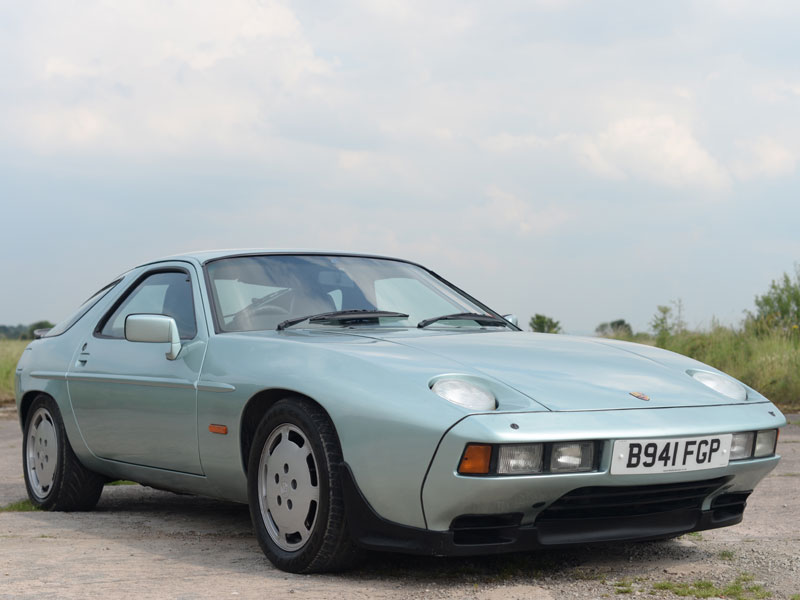 Styled by American Tony Lapine, Porsche's front-engined, water-cooled, V8-powered 2+2 928 was launched at the 1977 Geneva Salon. Though about as different as could be from the ubiquitous 911 the newcomer was intended to replace, it received a rapturous reception from the press and was duly awarded the 1978 Car of The Year Award. If the model had a problem, it was that it was signed off during one major fuel crisis and launched during the next. Nevertheless, production continued for no less than 18 years, by which time some 61,000 examples had been made. It remains one of the great grand touring cars of its era and, as values have been relatively slow to rise, good examples still represent great value in today's classic marketplace.

This handsome, automatic transmission S2 example hails from 1985, and has an assured place in the history of the model, as it was first registered to Porsche Cars Great Britain and for some time served as their 928 press car, sporting the registration familiar to enthusiasts nationwide - `THE 928S'. Featuring sparkling Crystal Metallic Green bodywork teamed with half leather interior trim in Green and Grey, and now wearing the registration `B941 FGP', the Porsche is presently regarded by the vendor as having `excellent' bodywork, paintwork, interior trim, V8 engine and four-speed transmission. Recent maintenance has included a new cam belt and related ancillaries, and fresh oil and filters. The car's comprehensive specification includes the original Blaupunkt SQ 46 radio/cassette, air conditioning and heated seats, and this historic 928 is now offered complete with: a large collection of books and magazines, including the Ultimate History of Porsche, in which the car featured during its road test days; DVLA keeper history (including Porsche GB); service book with main dealer and marque specialist stamps; owner's manual pack; and current MOT. An interesting proposition for Porschephiles everywhere.
Share this page: