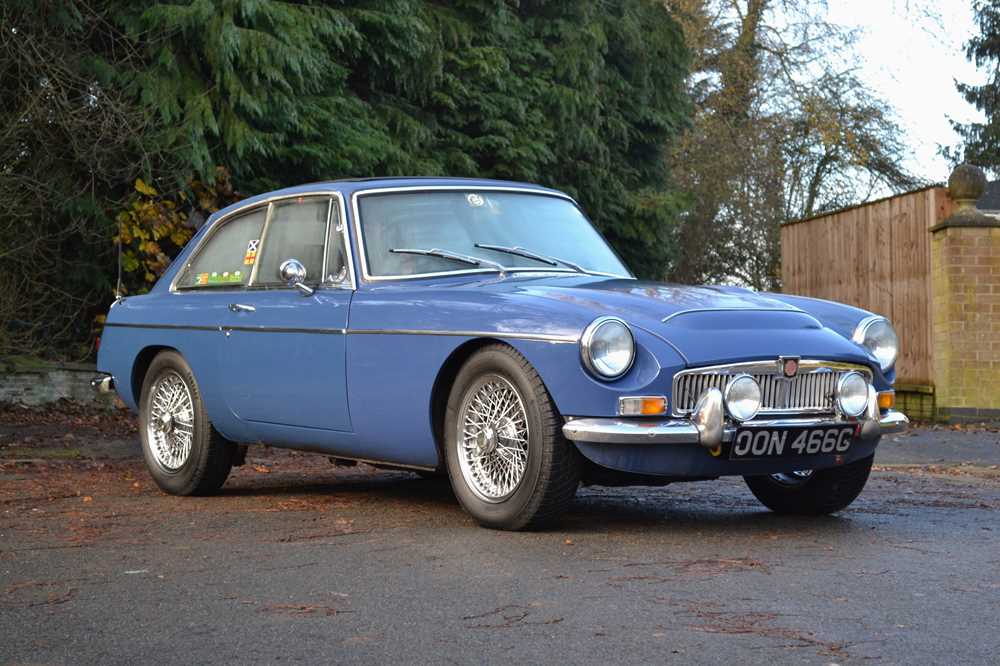 Manufactured between October and November 1968 and dispatched 22nd November 1968, the MG was specified with the factory options of wire-wheels, heater, radio, cigar lighter, and 74-degree thermostat. This manual overdrive example has been in the current ownership for approximately twenty years, ‘OON 466G’ was subject to a comprehensive restoration between 1986 and 1990. Serviced annually since purchased by the vendor, the most recent service completed in February 2020, minimal mileage has completed since. Maintained and repaired by Doug Smith of MG Motorsport, the MGOC Workshop, and Halls Garage (MG Specialists) since purchase, the C GT has most recently been provided clutch remediation work in 2018, and carburettor overhaul and re-wiring including full new wiring loom and relay installation in 2017.

Comprehensively restored been 1986 and 1990, the MG has been mostly used for long-distance road runs and historic rallying, and subtly uprated accordingly. Furthermore, subject to respray and some bodywork in 2001-2 by the MGOC. Fitted with an MG Motorsport six-branch twin exhaust, high-torque starter (although the original is supplied too), a Kenlowe fan, and Brantz Rallymeter, the MGC additionally has a Webasto sunroof. Subject to an engine overhaul in current ownership, the MGC is furthermore accompanied by a sizeable history file which includes a large quantity of MOTs and invoices from the periods of 1979 to 1996 and 2001 to date, owner’s handbook and manual, Heritage Certificate, and V5C. Offered with a spare package comprising of four Minilte style wheels with tyres, original seat belts, trim, filter kit, electrical spares, fan parts, and more.