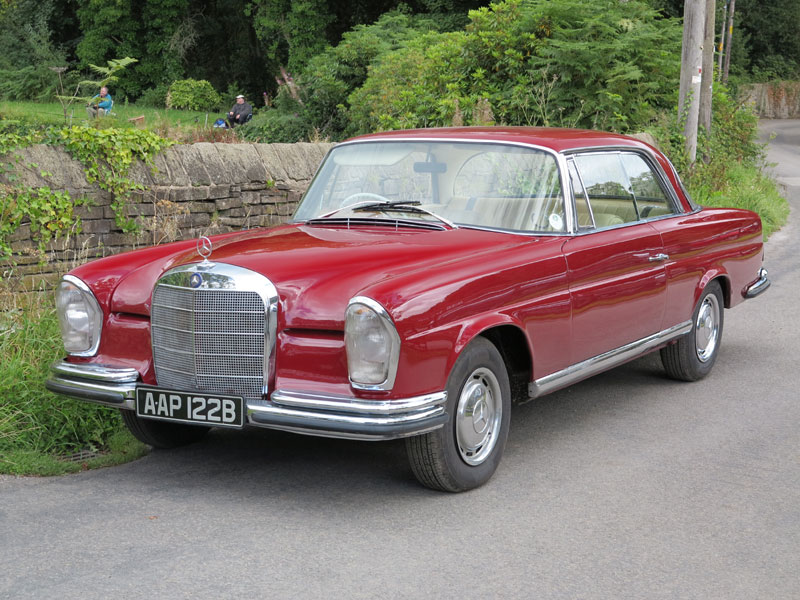 'AAP 122B' vacated the Stuttgart production line in 1964. Its Red two-door Coupe bodywork is complemented by Cream leather interior trim, ivory-coloured steering wheel and wool carpets, and a wood facia. In 2002 it was treated to a comprehensive engine overhaul by Top Marques; in 2005 it benefited from a full bare metal respray, and in 2008 the interior was completely refurbished. Having been garaged ever since, it is still classed by the vendor as having 'very good' bodywork, paintwork, interior, straight-six engine and manual four-speed gearbox. Nevertheless the underside has just received a repaint and protection against the elements, as well as a service and fresh MOT. Furthermore, £6,000 has been invested in the brakes, suspension, engine and gearbox mounts, rechroming, new tyres etc. The 220 is now offered complete with a selection of invoices, old MOTS and a copy of the Mercedes Enthusiast magazine in which 'AAP 122B' starred in 2013.
Share this page: