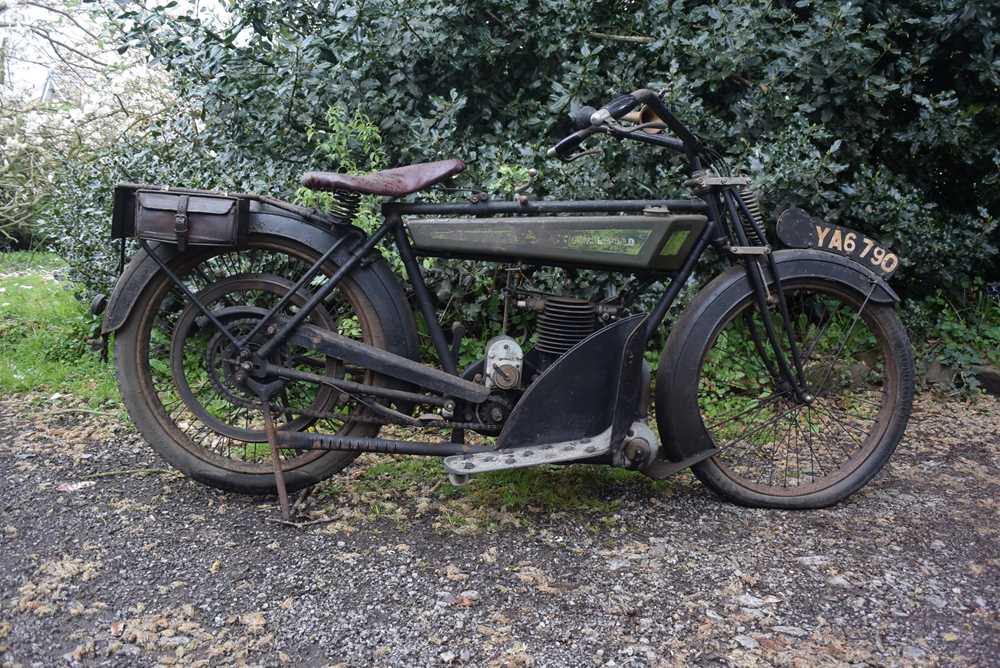 The first Royal Enfield motorcycle was built in 1901 by the Enfield Cycle Company of Redditch having previously manufactured bicycles, lawnmowers and stationary engines. Under various ownership, the name has continued through to the present day making it one of the longest-lasting names in the two-wheeled world. The 225cc two-stroke range was developed before the First World War but only really came into its own in the 1920s.

This 1923 RE201 was bought by the vendor in 1984 and was last MOTd in 1991 before being stored under his workbench with a few other bikes. The original Buff log book would suggest it has only had 4 previous owners, the second and third owners having the same surname so possibly father and son. The engine turns over on the kickstarter and it comes together with a period Royal Enfield catalogue and parts list and some photocopied service information. Nice and original, it will make a very interesting restoration project.