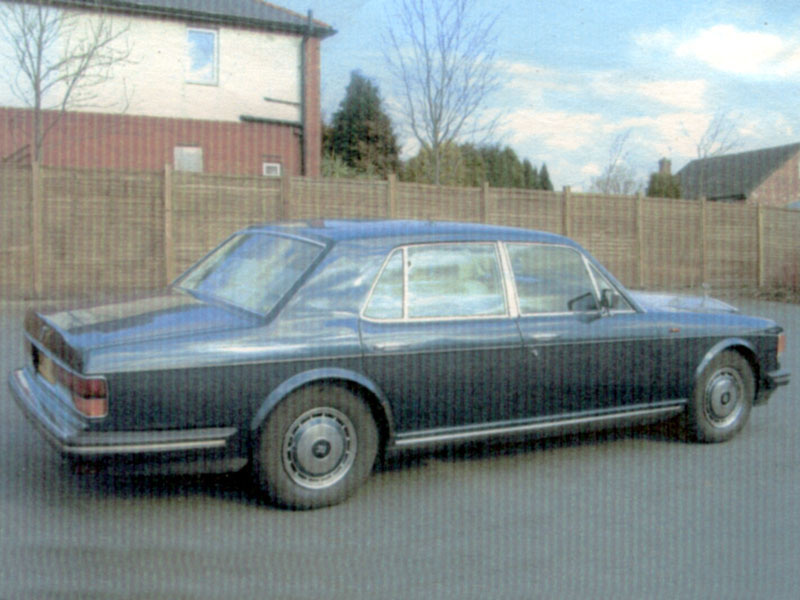 The Silver Spirit was launched at the 1980 Paris Salon. Penned by Fritz Feller, it was a welcome replacement for the long-serving Silver Shadow and was the first of a new generation of models that not only formed the basis of the Flying Spur, Silver Dawn, Touring Limousine and Park Ward for Rolls-Royce, but also the Mulsanne and Eight Series cars of its sister company Bentley. The Silver Spirit was not entirely new, however, and employed the floorpan of the outgoing model as well as its proven OHV 6750cc V8 powerplant. The opulent newcomer was lower and longer than the Silver Shadow and, courtesy of its finely-tuned hydraulic self-levelling suspension, was said to provide the best roadholding ever offered by the marque. It was also the first Rolls-Royce to feature a retractable version of the Spirit of Ecstasy - it automatically withdrew into the safety of the radiator shell if dislodged from its standard position. There were a total of four iterations of the Silver Spirit, via which it remained in production until 1998. By that time BMW had obtained an interest in the manufacturer and the Spirit was replaced by the BMW V12-powered Silver Seraph.

The RHD Mark I example being auctioned was built in May 1987. The coachwork is finished in Royal Blue and the sumptuous interior trimmed in Cream leather. This Rolls-Royce appears to have spent the first seven years of its life abroad and was apparently attached to the British Embassy in Singapore at one stage. It was first registered in the UK during 2004 and bought by the vendor in 2008, making him the third owner. Since acquiring the car, he has spent over £3,000 with marque specialist Steve Gallimore - the work has apparently included a thorough check and overhaul as required of: the gearbox, steering, brakes, electrics and tyres. The car's paperwork includes an Experian Car Data check that was purchased in February 2008. The vendor considers the vehicle to be in "excellent" condition with regard to its engine, automatic transmission, electrical equipment, bodywork and paintwork, while he rates the interior trim as "very good". The Silver Spirit is MOT'd into October and taxed until the end of next January.
Share: