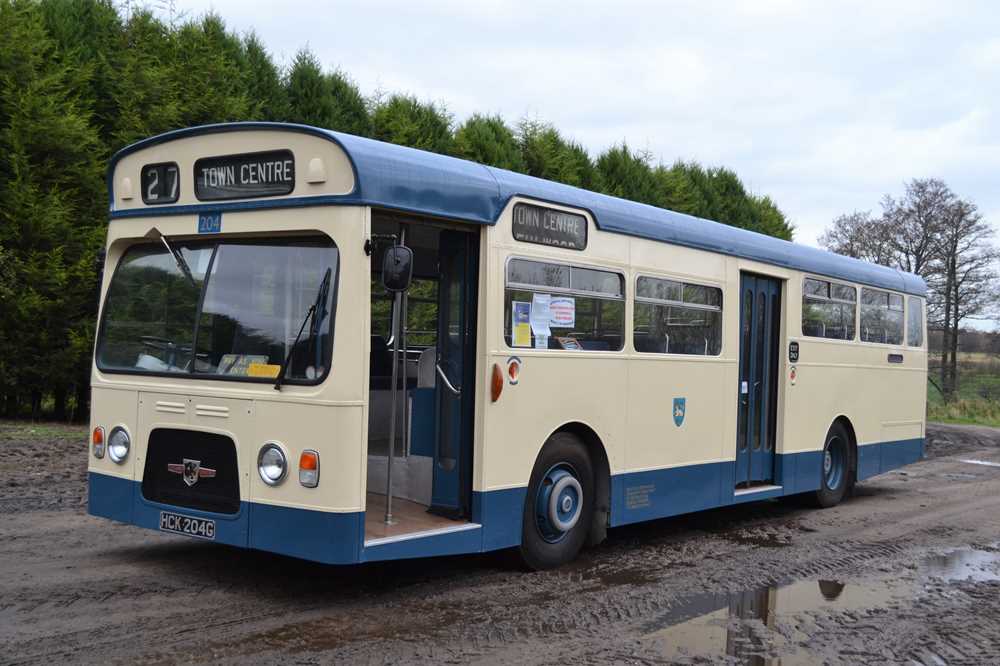 The Leyland Panther was manufactured by Leyland between the years 1964 and 1972, and was a rear-engine configuration single-decker bus chassis, with a front-mounted radiator. Estimated production numbers are circa 600 chassis for United Kingdom bus operators, with an additional approximately 700 chassis produced for export.

This Panther chassis was manufactured in 1968 and was then supplied to Metro Cammell Weymann (MCW) to coach build the Liverpool Corporation Technical Department design. Bodied in the MCW 47-seat dual-door configuration, ‘HCK 204G’ was ordered by Preston Corporation and numbered 204 out of the run of 201-205 all supplied to the Preston transport provider. In service with Preston Corporation from 1968 to 1984, the Panther received an engine overhaul only 6-months before its disposal in 1984. Sold to a private individual in Horndean, Hampshire before being passed to a local coach operator, the Leyland was put back into working service for school operations until it failed an annual public safety test. The Panther was then left in the companies depot, suffering from vandalism and falling into a state of disrepair.

Purchased by the vendor in 1994 as a restoration project, the Panther was subject to a comprehensive restoration across the subsequent eighteen years with photos and invoices from the refurbishment present in the history file. Central Bus Works completed the internal refurbishment which included new flooring and seat restoration, with the seating recovered with new moquette. Central Bus Works furthermore repainted the Leyland in the original Preston Corporation Livery.

Following the completion of the restoration in 2012, the Leyland has been used sparingly for shows and rallies and has only been subject to gearbox and differential oil changes and general maintenance. Provided for sale with a history file including photos and invoices relating to the restoration, several MOT’s from 2012 onwards, and a V5C, ‘HCK 204G’ is furthermore provided with a new Flywheel Gland as there is a leak from the current part.