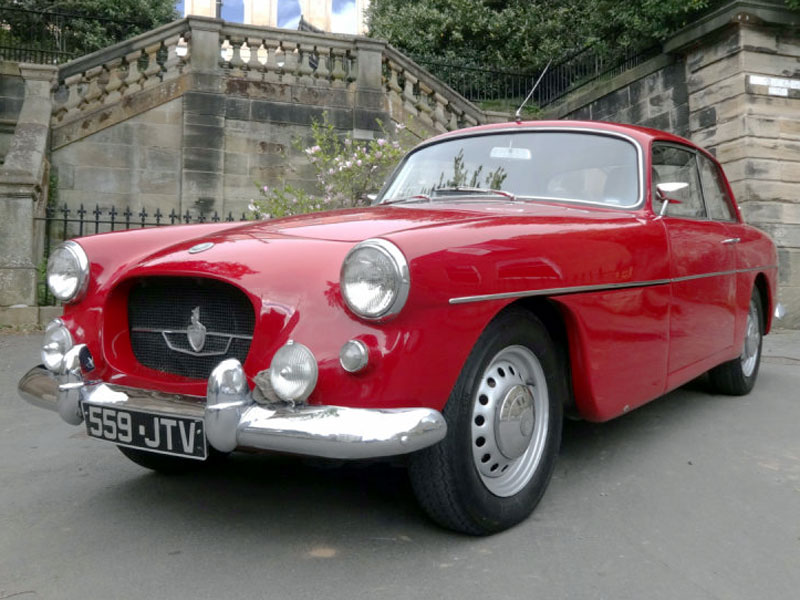 Copies of this Bristol's factory records show it was delivered new to sole dealer Anthony Crook Motors on June 6, 1962. It is one of an estimated 88 made, of which only 20 or so apparently remain in roadworthy condition. The original engine was replaced by a 'new old stock' unit in 2008 at an indicated 42,000 miles, while the Beige interior was treated to a sympathetic £4,260 refurbishment in 2010 and the steering box overhauled still more recently. Finished in eye-catching Lava Red, '559 JTV' now registers an unwarranted but entirely feasible 63,000 miles and is being offered complete with a detailed service history that evidently confirms this rare English classic has been regularly and properly maintained throughout its 54 years.
Share: