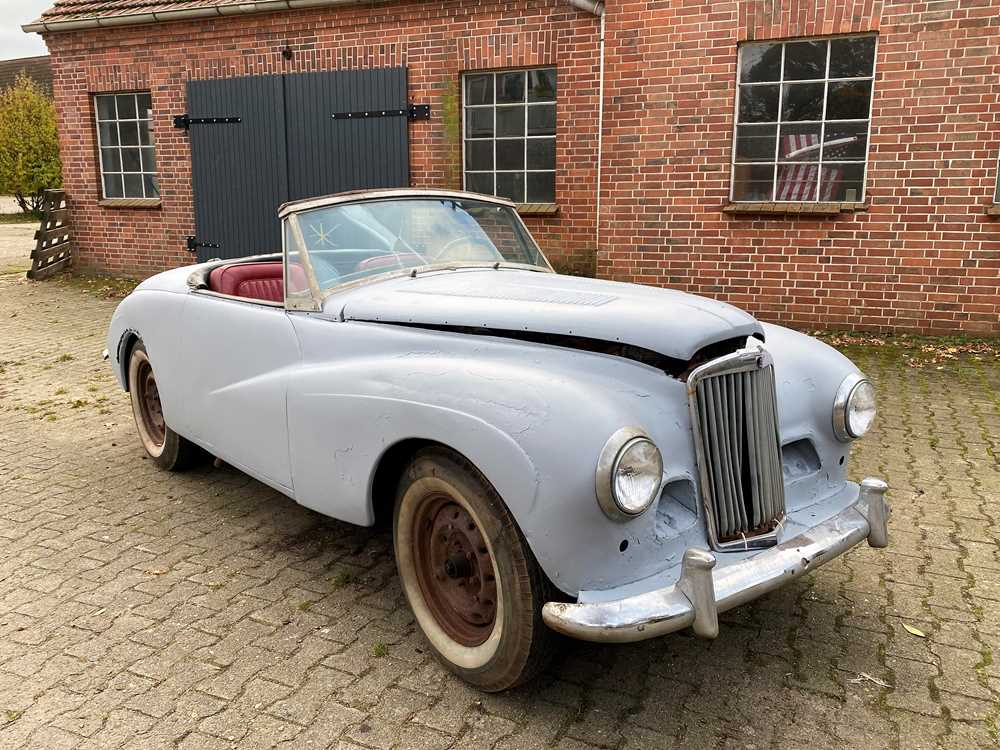 Though developed from the Sunbeam-Talbot 90, the Alpine was the first Rootes Group product to wear just the Sunbeam badge. Inspired by Bournemouth-based Sunbeam-Talbot dealer George Hartwell, the design was finalised by Raymond Loewy. The newcomer found fame at the hands of Works drivers Stirling Moss and Sheila Van Damm and starred in ‘To Catch A Thief’ with Cary Grant and Grace Kelly. The Alpine bodies were hand-made by Mulliners Ltd of Birmingham and the cars were powered by a mildly-tuned version of the 2267cc four-cylinder engine from the Sunbeam-Talbot 90, which gave around 80bhp at 4200rpm. The Alpine was manufactured from 1953 to 1955, during which time some 1,282 MKIs and 300 MKIIIs were produced (there was no MKII version), of which relatively few remain - possibly no more than 200.

Originally finished in Ivory with Bright Red upholstery, this left-hand drive example spent most of its life in America before being imported into the EU. Off the road since the 1970s, it is understood to have been untouched apart from replacement front floors. The seller believes that the 21,000 miles shown by the odometer could well represent the total covered from new given the car’s lengthy inactivity. Thought to be essentially complete apart from missing top bows, the Alpine is said to pleasingly retains its factory-fitted engine and transmission.