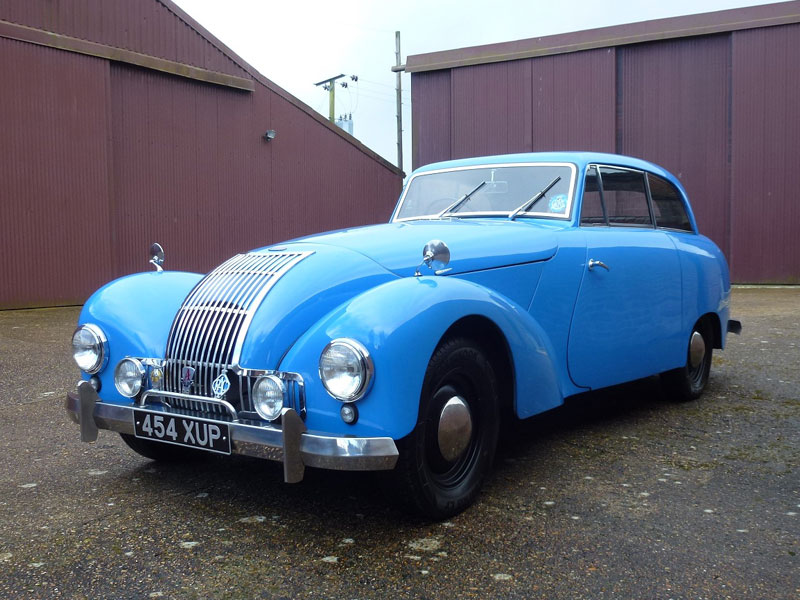 - Owned by a member of the Allard family

- Engine overhaul by Moorespeed in 2010

- Resprayed in 2011 by Ninfield Automotive

- Displayed at Essen Show 2011 and used for Continental Touring

Allard's eye-catching five-seater, two-door P1 Saloon acquired star status when its creator, Sydney Allard, won the 1952 Monte Carlo rally in one. The very smart-looking example offered here is from the year before and has been owned by a member of the Allard family. Finished in Blue and trimmed in Red leather it has been the subject of much refurbishment over the years including: an overhaul to its Mercury V8 engine by Moorespeed (2010); respray by Ninfield Automotive (2011); the addition of EZ power steering (2014); retrim; brake and steering box overhaul; new steel wheels and alloy fuel tank; the provision of stainless steel bumpers and rechroming of the other brightwork. '454 XUP' was displayed at the 2011 Essen Motor Show and has been treated to tours of France and Germany. It is now offered complete with instruction manual, assorted old MOTs, tax discs and photographs, and invoices for work carried out.
Share: