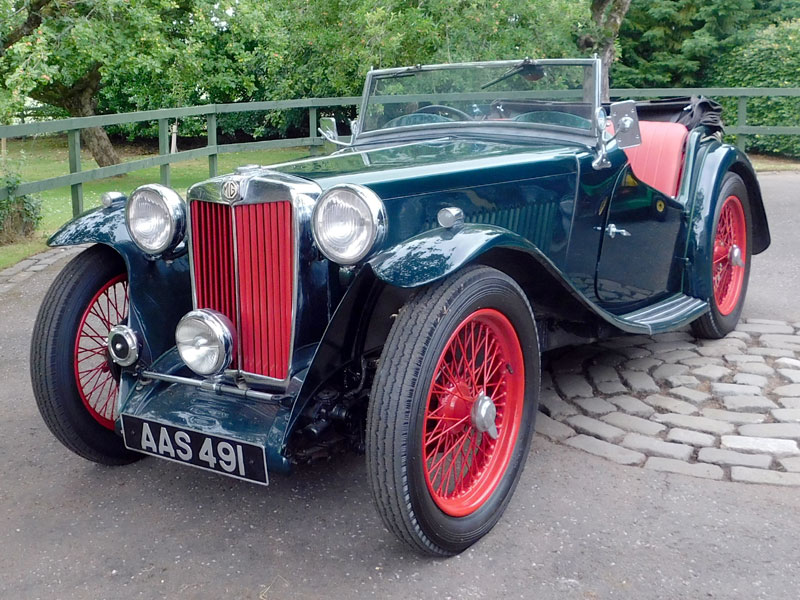 According to the T-Register's (www.tregister.org) production record search facility, this particular example - chassis number 'TA 1400' - was built on 19th May 1937. Reportedly supplied new to Australia and repatriated from Melbourne by the vendor during 2000, the right-hand drive tourer was entrusted to Classic Restorations Ltd of Alyth, Perthshire the following year for 'an extensive, body off, chassis up restoration'. Finished in striking two-tone Dark Metallic Green, the two-seater is also understood to have had its original MPJG engine thoroughly overhauled at the hands of Dundee-based Agra Engineering. To the interior, the green-piped red leather upholstery is complimented by dark green carpets and a wooden dashboard. Riding on red painted wire wheels and sporting a black hood, 'AAS 491' does not want for visual drama and appears as sharp as one might expect given the cost of its refurbishment alone was reputedly £25,000 (though, that figure would be dramatically higher today). Part of the vendor's MG collection for the past seventeen years, this handsome TA is variously rated by him as 'excellent' (bodywork, paintwork, interior trim), 'very good' (engine, electrical equipment) or 'good' (four-speed manual gearbox). He summarises 'AAS 491' as 'a fabulous example of a prewar MG T Series'.
Share: