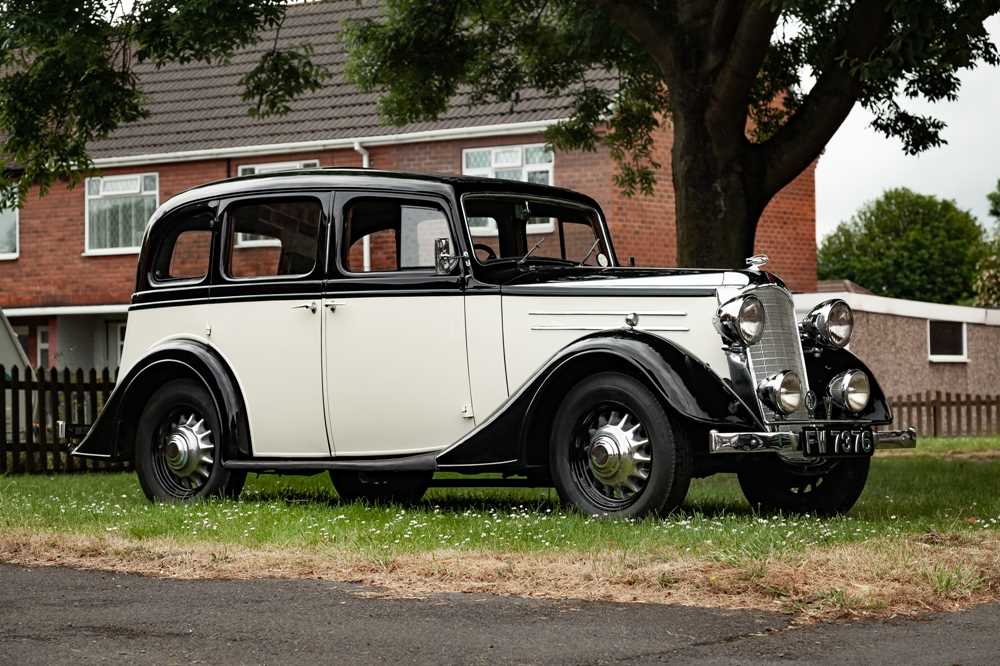 Despite producing some of the finest designs of the Edwardian period, Vauxhall was far from secure financially in the early 1920s and was acquired by General Motors in 1925. From then onwards the firm concentrated on solid, well-engineered models aimed at the middle classes. Restructuring its range in the aftermath of the Depression, Vauxhall dropped the two-litre Cadet – Britain’s first car with a synchromesh gearbox - in favour of the smaller Light Six. The DY/DX was introduced in 1935 with a 1782cc six-cylinder engine and independent front suspension. Both the DY 12hp and DX 14hp Light Six had a revised chassis to fit the Independent Front Suspension. Common body styles were the 4-door saloon and an open tourer.

Manufactured in 1936, this Mk.1 DX 14/6 is fitted with the 1.8-litre straight-six engine mated to the manual gearbox. Attractively finished in Black and White with Green leather interior upholstery, the Vauxhall has a recorded mileage of just 67,431 miles from new (at time of consignment). Understood to have been supplied new to a doctor before passing to an RAF pilot based at RAF Scampton, the Vauxhall is thought to be the only example specified from new with polished alloy centres with steel rims. Restored approximately 26 years ago which comprised an engine overhaul, bodywork restoration and repaint, brake overhaul and a complete rewire. Offered with a current V5C and a selection of photographs from the restoration. Entering current ownership in 2016, ‘FW 7376’ has two former keepers showing on HPI.