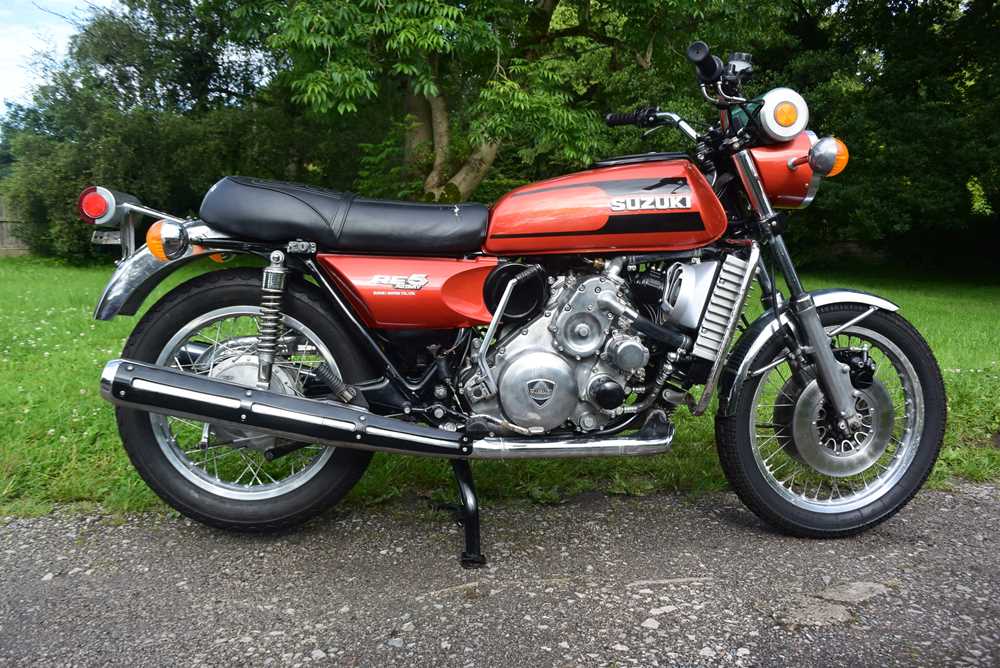 This RE5 is the earlier 'M' model with its distinctive round instrument panel, rear light and indicators designed to emphasise the rotary theme. Its looks to have had some restoration work in the past, the black painted parts all appear to have been refinished at some stage and the seat base (fibre glass) is good. The mudguards and exhaust are solid with some corrosion showing on the chrome and like most Japanese bikes from this era the fuel tank will need sealing. The bike has retained a good degree of originality with most of its now impossible to find parts such as the indicators and headlamp that have very often gone missing on US imports still in place. It has recently been run using a test tank and a jump pack but will need a new battery, a good recommissioning and some restoration work before use but still provides a very good starting point for what is a now very rare and collectable bike. There is a NOVA number to allow the bike to be registered in the UK.