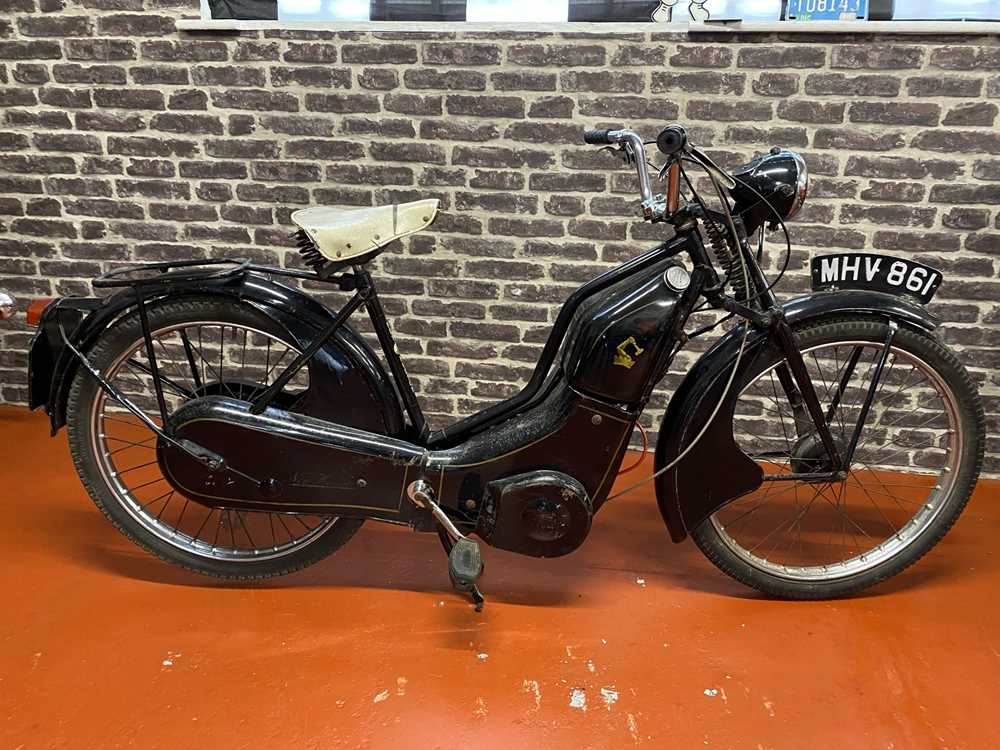 New Hudson Motorcycles was a British motorcycle manufacturer founded in 1903 by George Patterson in Birmingham. The New Hudson range expanded between 1910 and 1915 using JAP engines, then the factory joined the war effort until 1919. As well as side-valve and OHV single-cylinder engines of 350 to 600 cc, they also built a 211 cc two-stroke and a number of three-wheelers with MAG engines. The firm stopped motorcycle production in 1932 and changed their name to Girling a name that still exists as a brake-component company. Bikes were made under the New Hudson name after the Second World War when they became a subsidiary of Birmingham Small Arms Company (BSA) and manufactured successful autocycles until 1957.

This 1958 Autocycle is in nice solid original condition and comes with a set of optional legshields, original instruction manual and an original parts list. Stood for a number of years it will need some recommissioning before use.