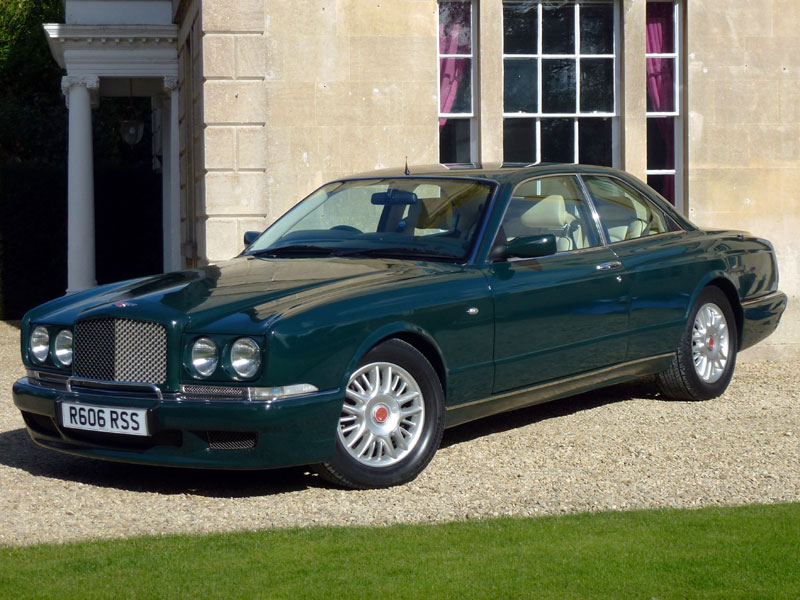 This Bentley is appropriately coloured in British racing green paint with a cream and green leather interior and is a beautiful example that the vendor describes as being in "excellent" condition in every way. Within the generous history file are copies of previous registration documents that state that the car was sold new in October 1997 to Hartlepool property developers and house builders Cecil M Yuill Limited. In April 2006 R100 SEF (as it was then registered) had a change of recorded ownership from the company to a Mr Yuill, presumably the person who had been driving the car since new. During this time copies of maintenance invoices on file show that the car was maintained by Reg Vardy in Houghton-Le-Spring. Almost a year later in March 2007 ownership passed to the father of our vendor and the Continental R was registered to his residence in London's Chelsea on the most appropriate Bentley number plate 4489 TU. The gentleman was reportedly very active within the Bentley Drivers Club and sold a Derby Bentley when he acquired the Continental R, and he took part in many club events both in the UK and Europe in this Bentley and also in his Corniche and S3. Upon his passing-away, ownership passed to his daughter and son-in-law in May 2013 and they have used the car sparingly. Supplied with a generously sized folder containing copies of maintenance invoices, previous registration documents, and previous MOT certificates, we are told other more recent invoices from highly renowned Bentley specialists will also be included in the file.
Share: