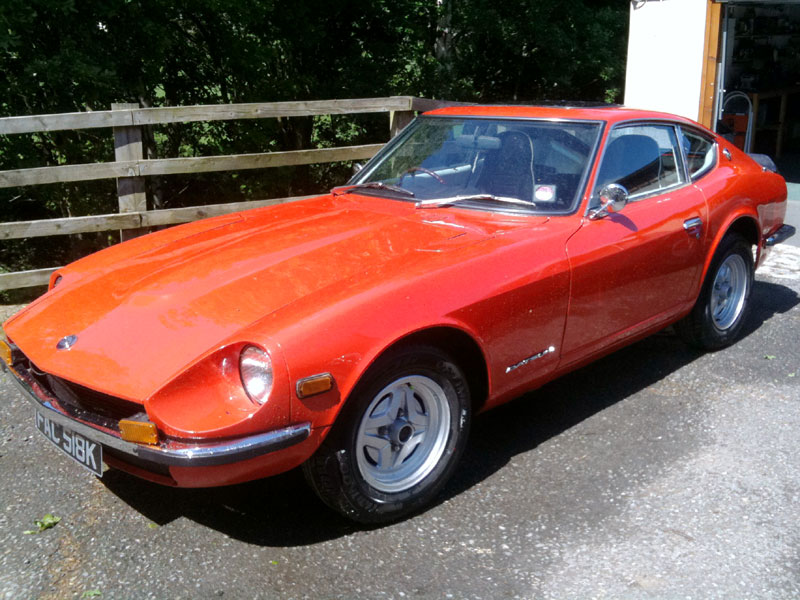 The launch timing of the Datsun 240Z (sold as the Nissan Fairlady Z in Japan) was impeccable. The much loved Austin-Healey 3000 had recently passed to that big garage in the sky and enthusiasts were clamouring for a spiritual replacement. On paper, the first of the Z cars was unremarkable, but the sum of its parts was good enough to achieve major success on track and stage (examples won the East African Safari Rally outright in 1971 and 1973) and become a big seller - particularly in the USA, where it was very well priced compared with rival imports. It was powered by a lusty OHC straight-six engine of 2393cc that delivered 151bhp at 5600rpm. This allowed the newcomer to rush to 60mph in around eight seconds and achieve a very creditable top speed of some 125mph. A five-speed manual gearbox was standard and the suspension was independent by MacPherson struts at the front and Chapman struts at the rear. Braking was by discs front/drums rear and steering by rack and pinion.

This right-hand drive example from 1972 was purchased by the vendor from our July 2009 Buxton sale, since when he has invested a considerable amount of time and money in bringing the Datsun up to scratch. It has reportedly benefited from: a professional retrim in cream-piped Black leather; refurbished wheels shod with new tyres; rechromed bumpers and new rubber inserts; reconditioned fuel tank; new clutch, scuff plates, door mirrors, door locks and seals, number plates, tailgate light and badges. The 240Z's impressive specification includes a quality iPod/Bluetooth-compatible stereo system, electric windows and glass sunroof. The vendor now regards this attractive Orange-coloured 240Z as having "good" bodywork, paintwork, engine and gearbox and "excellent" interior trim. The Datsun is taxed and MOT'd until June and the odometer shows an unwarranted 24,843 miles.
Share: