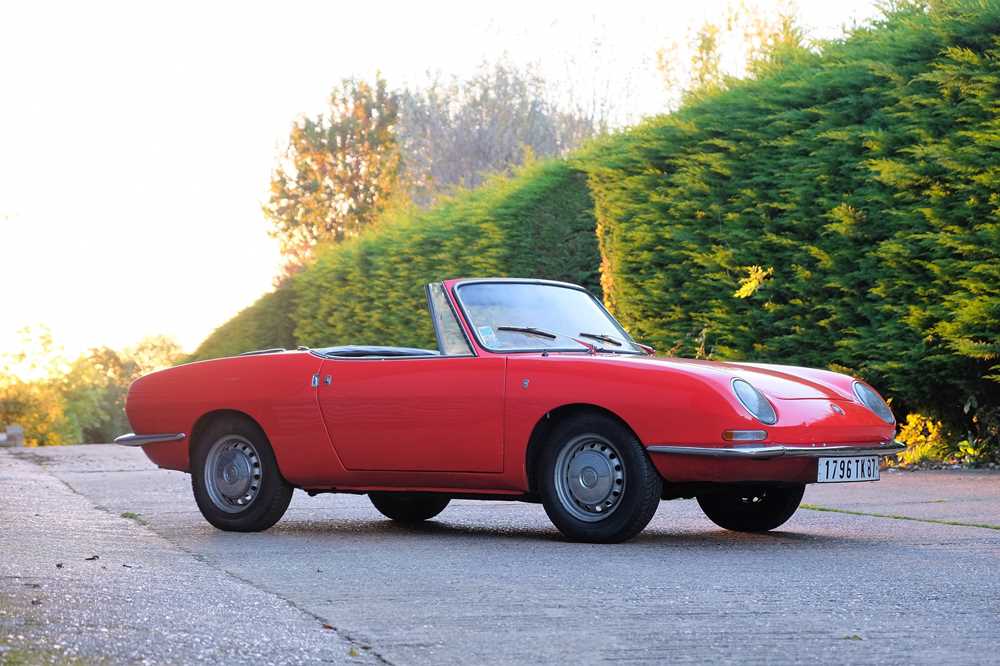 Fiat's perennially pretty 850 Spider emanated from the prolific pen of Giorgetto Giugiaro, was built by Bertone and unveiled at the 1965 Geneva Salon. It was notable for the free-flowing elegance of its lines and the fact the hood could be completely hidden from view below a panel ahead of the rear-mounted engine. Early examples were powered by the same 843cc engine as the Saloon, but in 1968 the Spider's unit was enlarged to 903cc - this version was known as the Sport.

Manufactured in 1967 in left-hand drive specification, this Fiat 850 Spider is fitted with the 843cc straight-four engine mated to the four-speed manual transmission. The charming Bertone coachwork is finished in red with a black vinyl interior upholstery and a black hood, the 850 is accompanied by a scarce body-coloured hard-top. With a recorded mileage of c.60,100 km, the Fiat was formerly part of the Petitjean collection based in Strasbourg, of Marcel Petitjean, a former French racing driver who invested his returns from a business empire into rare cars.

Sourced for the collection from a French owner who is said to have used the Fiat for many local events, the 850 entered into the collection in 2009 where it remained until 2020. The car was purchased by the vendor directly from the collection and imported into the United Kingdom in 2020. A rarity on British shores, this 850 Spider is an appealing sports car to those searching for something a little different.