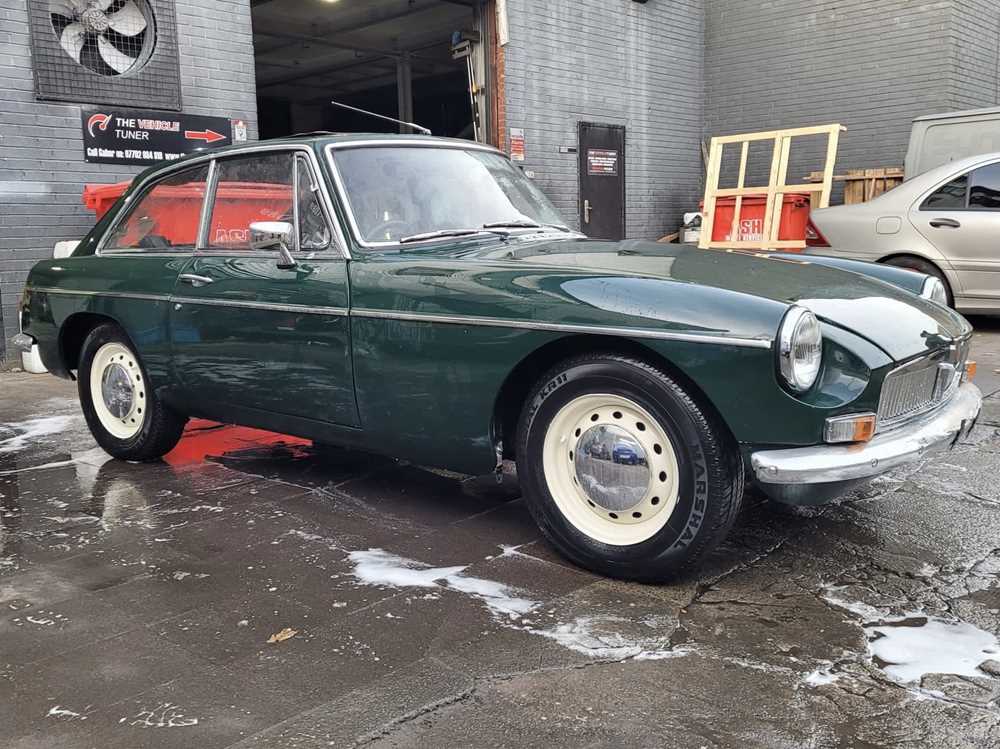 Manufactured in 1966, the second production year for the MGB GT, this B was supplied new to the home-market in right-hand-drive, being first registered in June that year. Fitted with the aforementioned 1798cc straight-four B-Series engine mated to the five-speed manual transmission, ‘JJB 855D’ is presented in the classic colour of British Racing Green with Black with Red piping interior upholstery and a Black Webasto roof. With a recorded mileage of 17,074 miles, which is understood to be 117,074 miles from new. Restored in 2020, the MG is offered with a large collection of invoices and a current V5C document.