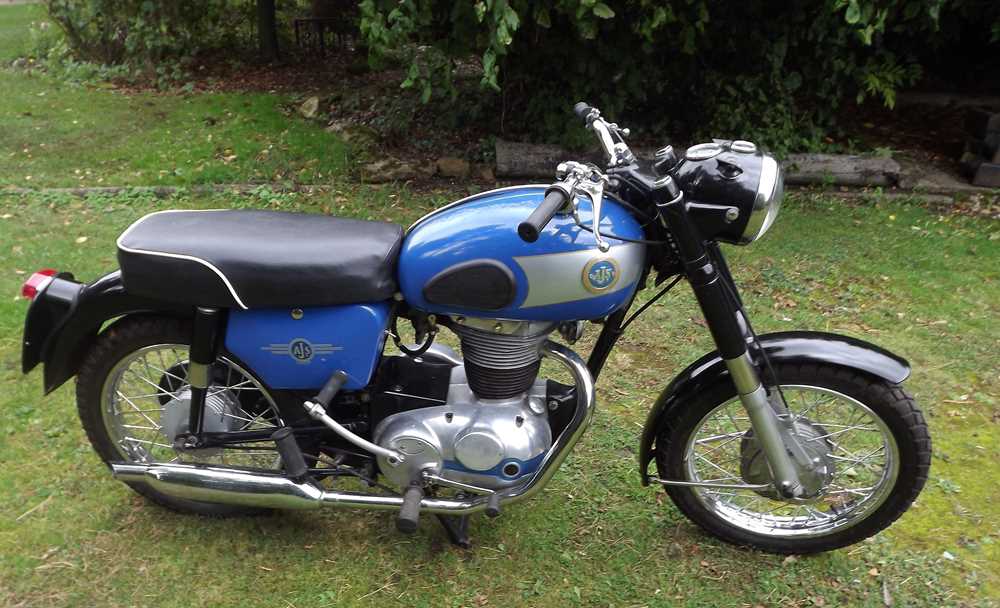 A.J. Stevens & Co Ltd produced motorcycles from 1897 and soon developed their own engines including parallel twins and 'V-twin' designs sold under the more recognisable AJS name. Success in racing soon followed with Eric Williams' win in the 1914 TT, the firm also taking second, third, fourth and sixth places beginning a long line of sporting achievements. An amalgamation with Matchless in 1931 formed Associated Motor Cycles which continued until the group's closure in the mid-1960s.

A well received machine when new, the Model 14 CSR was praised for its handling, comfort and rideability. This 1963 model has been restored to use and has been started and run recently. The bike comes together with a AJS/Matchless Owners Club dating letter that suggest frame number 16334 was completed and tested by the factory in October 1963 and despatched to dealers P H Carter of Northwich. It appears to be fitted with an earlier Matchless G2CS engine thought to be from a scrambler model and comes supplied with a current V5C.