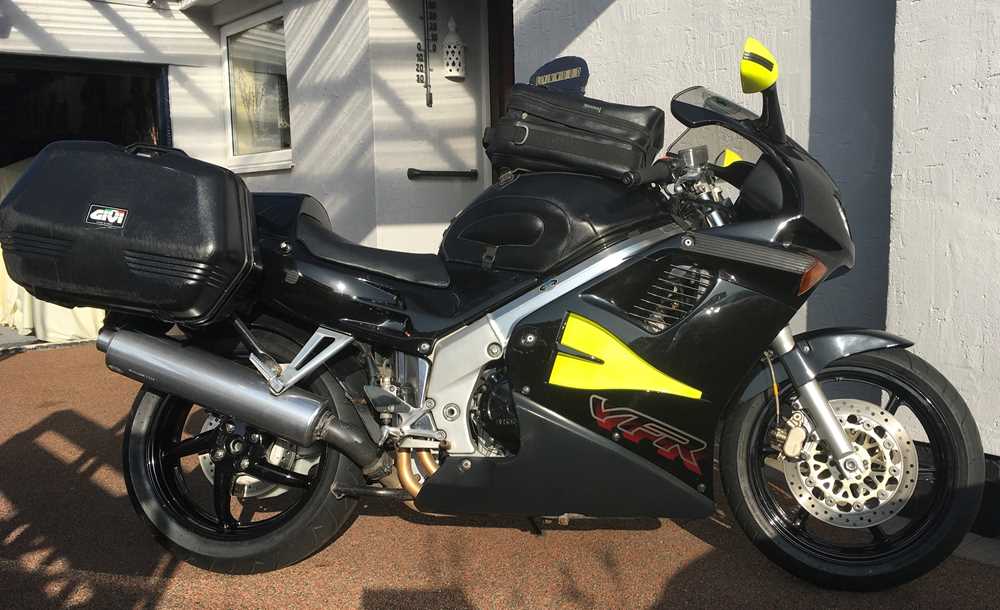 The Honda Motor Company was founded by Soichiro Honda in 1937, initially producing piston rings for Toyota. They made their first motorcycle in 1949 and within 10 years had become the biggest producer in the world. They have gone on to manufacture over 400 million two-wheelers as well as millions of other power products. Introduced in 1986 the VFR750 has become one of their most respected models and formed the basis of the classic RC30 race replica.

This well cared for VFR comes fitted with a good selection of useful extras including Givi Panniers, BagluxTank Cover and Bag, Scotoiler, Acumen Cat 1 Alarm, Datatagged, Motad Stainless Downpipes, Goodridge Brake Lines, Single Seat Cover (with original grabhandles included) and a 12V Auxillary Power Socket. Owned and maintained by the vendor, an ex-Aircraft Maintenance Engineer, since 1999 and now showing 45810 miles he is only reluctantly selling due to old age. It comes together with its original toolkit, owner's manual and a Clymer workshop manual. A very useable and fast appreciating future classic.