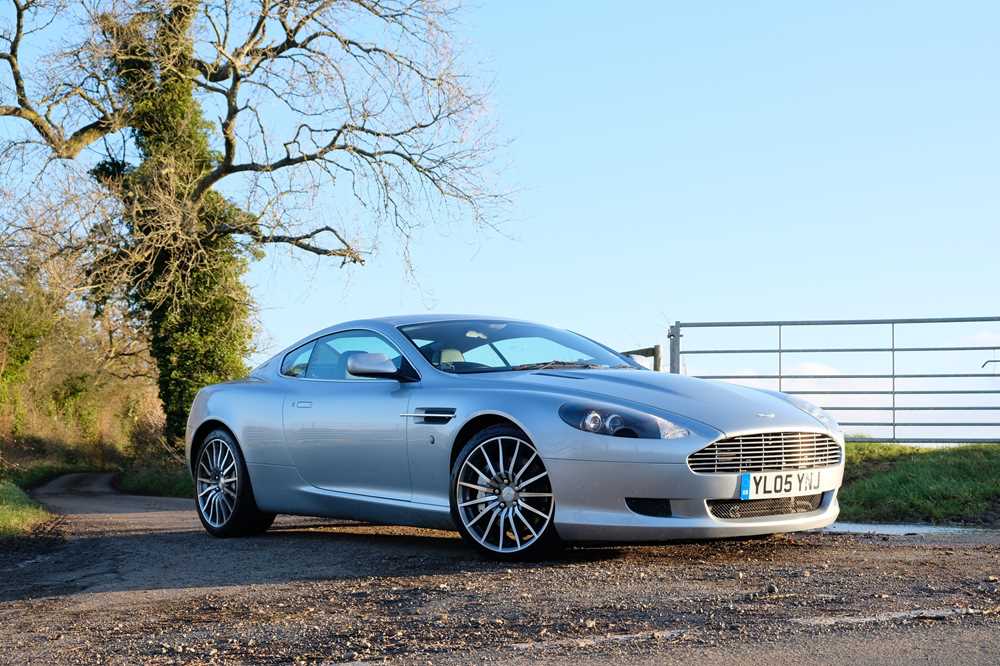 First shown by Aston Martin at the 2003 Frankfurt Auto Show. Available both in coupé and a convertible bodystyles, the latter being known as the Volante, the DB9 was the successor of the DB7 and was the first car to be built in Aston Martin’s new factory at Gaydon in Warwickshire. The new car was considered to be such an advance on the old that Aston Martin had decided a straightforward sequential numbering would be considered inappropriate, hence why it was not titled DB8. Its bodyshell weighed 25 per cent less yet had twice the torsional rigidity, thanks to its aluminium bonnet, roof and rear wings and composite construction front wings and boot lid. The vehicle was powered by the 5.9-litre V12 used in the Vanquish, which generated 450hp, propelled the car from 0 to 60mph in 4.7 seconds and generated a top speed of 186mph.

The engine largely sat behind the front-axle line to improve weight distribution, and its great handling resulted in the DB9 being adapted for use in sports car racing by Aston Martin Racing, a collaboration between Aston Martin and Prodrive. Called the DBR9, the car won in its debut at the 2005 12 Hours of Sebring, and has gone on to take wins in the American Le Mans Series, Le Mans Series, FIA GT Championship, as well as the 24 Hours of Le Mans. Indisputably one of the most beautiful cars ever designed, BBC Top Gear gave the DB9 its own section on their ‘Cool Wall’ after Jeremy Clarkson declared that it was too cool even to be classified as "Sub-Zero".

Manufactured in 2005 and presented in the desirable Titanium Silver with Falcon Grey and Obsidian Black interior, YL05 YNJ is offered with just c.25,000 miles from new and shows 4 former keepers on the V5 document. Boasting factory options including piano black waterfall, heated front screen, parking sensors and 19 inch 15 spoke wheels, as well as desirable Michelin Pilot Sport 4S tyres, YL05 YNJ was recently subject to a healthcare check at HR Owen Aston Martin Cheltenham and comes accompanied with the original logbook containing 8 Aston Martin main dealer stamps, with the most recent in August 2021. The vehicle also comes accompanied with a number of receipts and invoices, as well as an MOT certificate valid until 17 January 2022. The vendor rates the condition of the vehicle as Very Good all round.

PLEASE NOTE: This vehicle has a slight vibration under braking and is showing an emissions service light on the dashboard.