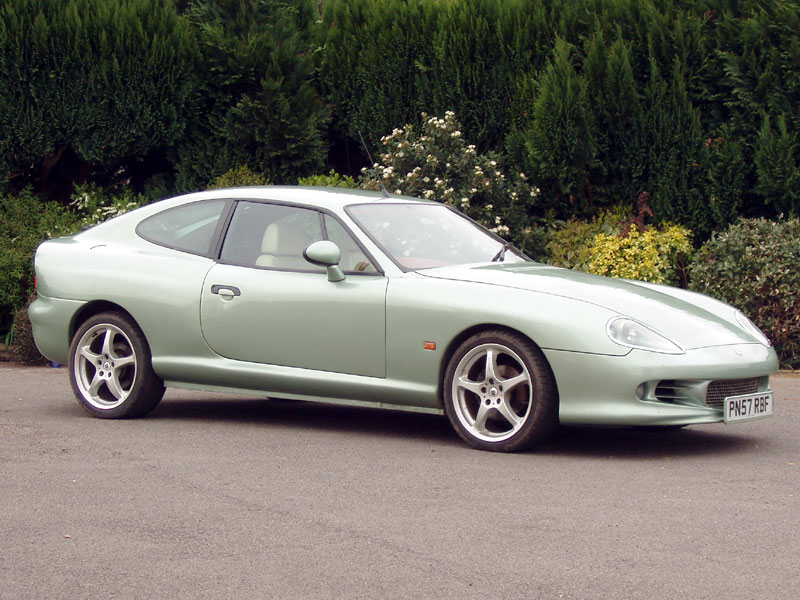 The history of AC is one of the most fascinating of all automotive stories. From invalid carriages to trains and golf trolleys to the mighty Cobra, the company has spanned a uniquely broad and challenging technological spectrum since its formation in 1901. By 1986, AC was in the hands of Brian Angliss, who recognised the need to broaden his model range beyond the Cobra recreations that had brought him into the business. The result was an all new two-seater sports car for which, Ace, the moniker of one of the company's most successful models, was revived. Prototypes were seen at the British Motor Show of 1993 and other exhibitions the following year and the potential of the alloy-bodied car with its stainless steel chassis, sophisticated independent suspension and V8 power was clear to see. The development costs crippled the company, however, and the receiver was called in after some 50 Ace Brooklands had been built. Although some further examples were produced in the late '90s and early '00s, following the company's acquisition by Alan Lubinsky, and it was during this period that a striking fixed-head derivative was designed, for which another former AC name was revived - Aceca. It is believed a total of four Aceca chassis were laid down, from which three cars were eventually completed.

The example offered is the car AC exhibited at the British Motor Shows of both 1999 and 2000. It was then partially stripped to serve as a buck for future composite bodies and was purchased in this disassembled form by Piers Martin. Martin restored the car, acquired an SVA certificate for it in August 2007 and had it road registered the following month. The vendor, an AC collector, purchased the car from Martin last year and has since covered around 1,000 miles in it. The odometer currently displays an unwarranted 3,792 miles. Finished in green with red and cream leather upholstery, the Aceca is described by the seller as being in "good" condition with regard to its 5-litre Ford V8 engine, five-speed manual gearbox, electrical equipment, interior trim, bodywork and paintwork. We understand that this unique piece of British motoring heritage is primarily being made available for sale on health grounds.

PLEASE NOTE: This vehicle does not have an MOT certificate, it is not required until September 2010.
Share: