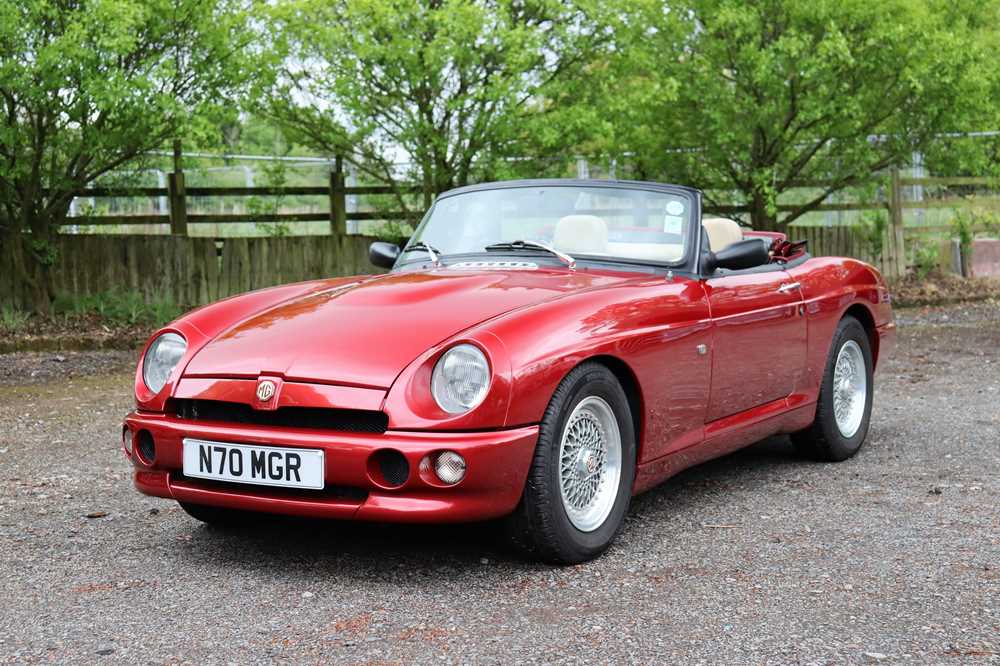 Launched at the 1992 Birmingham Motor Show, the RV8 signalled MG's return to the open sports car market. Just as the Cobra grew out of the unprepossessing AC Ace, so the RV8 evolved from the immortal MGB Roadster (hence the car's 'Project Adder' development code). Built around a thoroughly re-engineered and neatly restyled version of its predecessor's monocoque bodyshell, it was powered by a 3948cc V8 engine that developed some 190bhp and 318Nm of torque. Said to be capable of 135mph and 0-60mph in 5.9 seconds, the adoption of telescopic shock absorbers and anti-roll bars all round brought a notable improvement in handling. Trimmed to a high standard, its inviting interior boasted leather upholstery and rich wood veneers. With the vast majority of the limited production run (just 1,983 are thought to have been made) going to a retro hungry Japan, RV8s remain a rare sight on British roads.

A notably late example (production ended at chassis 2233) and so equipped with the preferred R380 five-speed manual gearbox, chassis 2182 was supplied new to Japan. One of just 150 RV8s to be finished in Nightfire Red, it was repatriated by Langtree Garage of Wigan during summer 2003. Purchased by the vendor whilst it was still on the high seas such was his wife’s desire to own a Nightfire Red car, the two-seater’s Japanese service history would appear to contain entries up to 37,710km (c.23,400 miles). Now showing some 12,000 miles to its replacement odometer, the MG is thus believed but not warranted to have covered some 35,000 miles from new. Cherished as part of a private MG collection for the past nineteen years, ‘N70 MGR’ remains decidedly smart. Fitted with power steering and air-conditioning and worthy of close inspection, this gorgeously hued RV8 is offered for sale with V5C Registration Document, original book pack, UK market handbook and current MOT certificate.