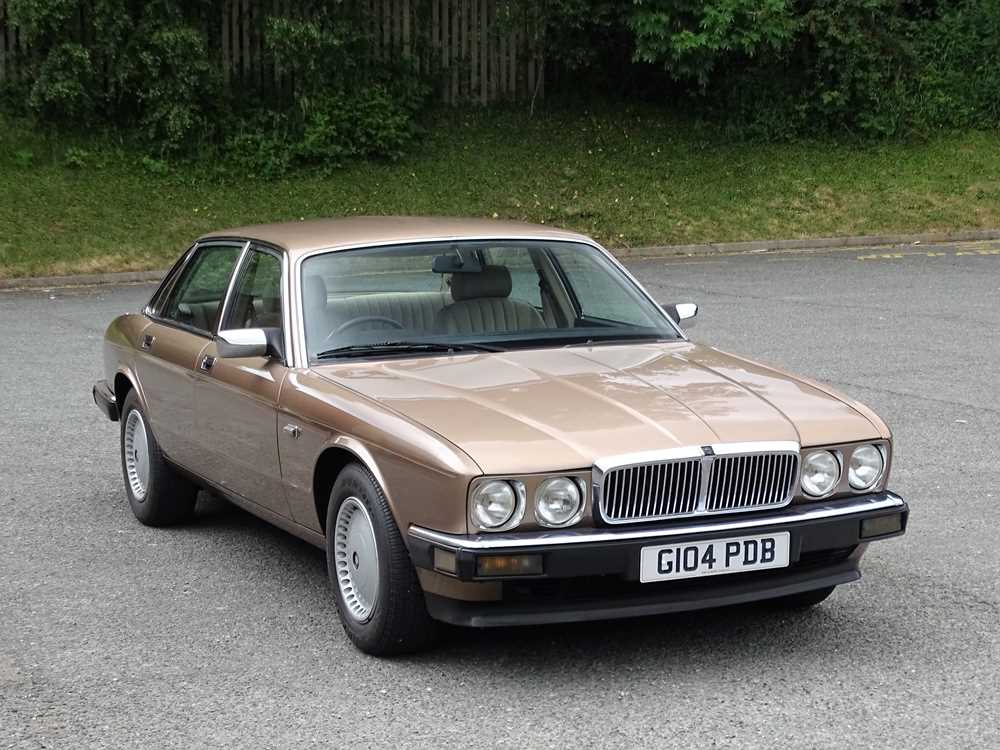 Launched on August 28th 1986 as a replacement for the ageing Series III cars, the all new XJ6 (or XJ40 to use its code name) was well received by the contemporary motoring press. Initially available with a choice of 2.9 litre SOHC (165bhp/176lbft) or 3.6 litre DOHC (221bhp/248lbft) AJ6 straight-six engines allied to either five-speed manual or four-speed automatic 'J-gate' transmissions, the XJ40 allowed potential purchasers to prioritise performance over economy and vice-versa. Though, the smaller powerplant still boasted 0-60mph in 9.9 seconds, 120mph and 29.7mpg.

Finished in the fetching combination of Satin Beige Metallic with Chiltern Tweed cloth upholstery, ‘G104 PDB’ was supplied new to its sole registered keeper by Mead Jaguar of Bolton on 18th August 1989. Serviced by Mead twelve times up to 37,273 miles, the XJ6 now shows just 49,783 warranted miles to its odometer. Notably well preserved, the saloon has been kept in dehumidified dry storage for over a decade. Starting readily upon inspection and running well during a recent photography session, we are informed that the Jaguar will possess a fresh MOT certificate by the time of sale. Pleasingly retaining its original book pack, tool kit and even a winter wiper blade (still packaged up), this appealing XJ40 would grace any Jaguar saloon collection.