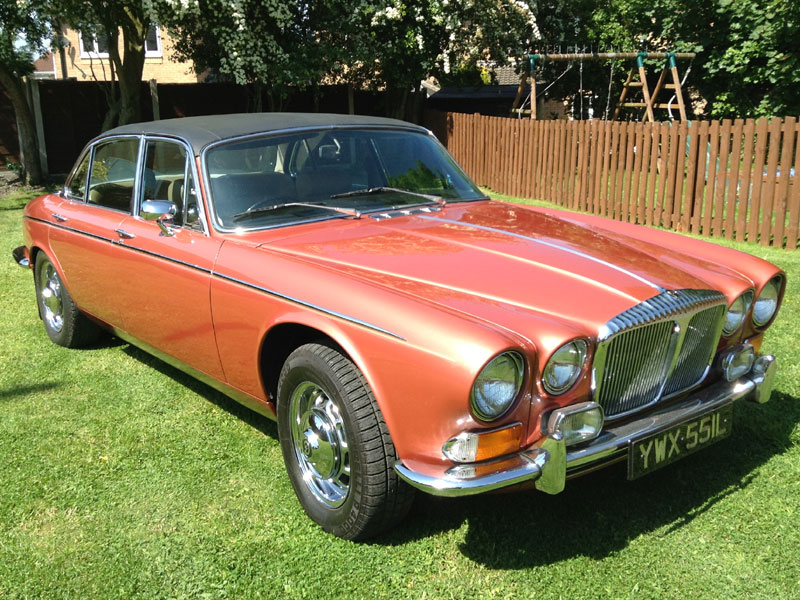 Only 877 Series 1 Daimler Double Sixes were made between January 1972 and July 1973, a mere 337 of which were to right-hand drive, long wheelbase Vanden Plas specification. According to its accompanying JDHT certificate, `YWX 551L' was manufactured on 31st May 1973 and supplied new via Automobile Centre Ltd of Leeds to Kingsley Construction Ltd of Yeadon. Originally finished in Coral Pink with Chamois leather upholstery, the saloon is believed but not warranted to have covered some 64,800 miles from new (a figure partially supported by old MOTs dating back to 1982). Acquired by its last keeper some 17 years and under 5,000 miles ago, the Daimler reportedly boasts "lots of invoices/bills etc totalling thousands of pounds". Variously described by the vendor as being in "good" (automatic transmission), "all OK" (electrical equipment) or "very good" (V12 engine, bodywork, paintwork, interior trim) condition, `YWX 551L' is offered for sale with original handbooks and MOT certificate valid until June 2014.
Share: