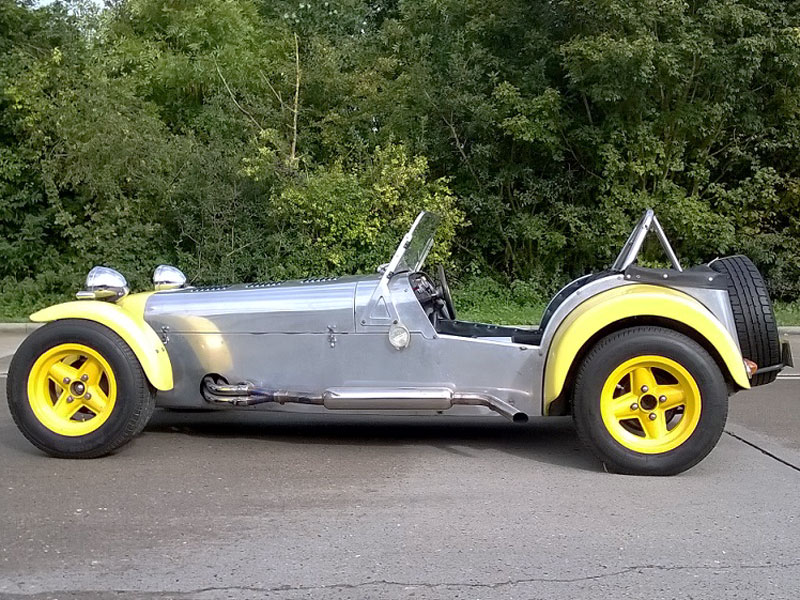 Introduced in June 1960, the Seven S2 featured glassfibre wings similar to those seen on the Seven America along with a revised nose styled by John Frayling. As the Climax engine didn't fit the redesigned chassis a number of alternatives were available from the 40bhp Ford 105E unit to the punchy Cosworth unit fitted to the Super Seven.

As stated on a copy of the original order sheet obtained by the current owner from Lotus' Heritage department, this Seven, chassis number SB1887, was commissioned new by Wallace Harper, who we understand was a wealthy business man based in Hong Kong. It was manufactured in 1964 and first registered on 17th June 1965, originally painted red. Interestingly it is fitted with a Cosworth 1500 twin cam engine and twin Weber carbs. Around 25 years ago it was extensively overhauled and race-prepared by Eric Priestley Racing, when the colour was changed from red to yellow (with the polished steel remaining). Following this the car was raced at various classic car series events including appearances at the Nurburgring, Brands Hatch and Silverstone. UK registered, this smart looking example currently displays some 6059 miles on its odometer.
Share: