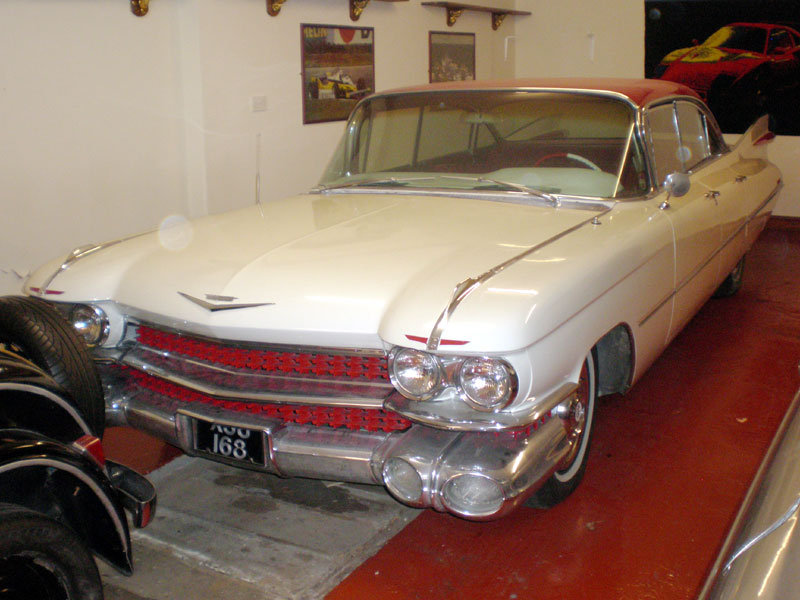 The first Caddy to bear the famous de Ville moniker was a prestige variant of the 1949 Series 62 range. However, between 1958 and 2005 the de Ville was a model in its own right; the definitive version of which was arguably that from 1959. The ultimate expression of the legendary Harley Earl's jet plane-inspired design, it sported enormous, sharp tail fins, bullet-shaped rear light clusters, jewel-patterned radiator grille and a distinctive roof supported by ultra slim-line pillars. Known as the Series 6300, the Coupe de Ville and its Sedan de Ville sibling were based around tubular X-frame chassis equipped with all-round coil-sprung suspension, power assisted steering and self-adjusting brakes. Powered by a 390ci (6.4-litre) OHV V8 engine allied to Hydra-Matic transmission, the de Ville cars were surprisingly quick (contemporary road tests recorded 0-60mph in 10.3 seconds and top speeds of 110mph). Though, with a quoted 325bhp and 430lbft of torque on tap, they certainly had need of their power brakes. Over 53,000 De Villes were sold in 1959 - some 37 percent of the manufacturer's entire production for that year.

The 1959 left-hand drive Sedan de Ville on offer has been part of private collection for the last three years and is finished in Burgundy over Old English White and trimmed in Burgundy-coloured vinyl. We understand it has benefited from a major renovation, during which the car was stripped down, the bodywork resprayed, the brightwork refurbished and the interior retrimmed and fitted with new carpets. The vendor now regards the bodywork, interior trim and engine as "very good" and the paintwork and transmission as "good". 'XSU 168' comes complete with its original valve-operated radio, but lacks MOT and tax. An iconic example of America's most flamboyant era of car design that is bound to stop the traffic wherever it goes.
Share: