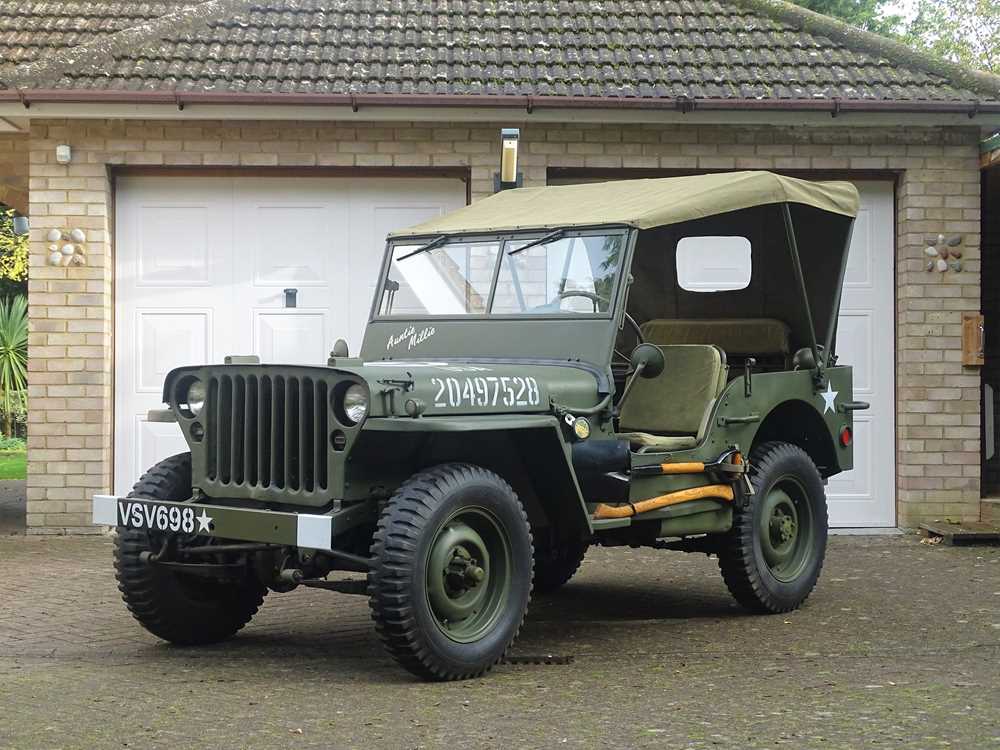 Manufactured in 1943, this Ford Jeep is finished in Green with painted wartime style decals and fitted with a 2.2-litre engine and three-speed manual gearbox. Imported into the United Kingdom in 1987 from America, the Jeep was with its first keeper until 1998 when it was purchased by the late-vendor. Understood to still be fitted with the original body-tub, the Jeep benefitted from a new fuel tank from Dallas Auto Parts in 2017 to the cost of approximately £350. Nicknamed ‘Auntie Millie’ in memory of a relation to the late-vendor, the name is in vinyl underneath the windscreen. Offered with a V5C document, a few past MOT certificates, ‘VSV 698’ has a no advisory MOT certificate until April 2022.