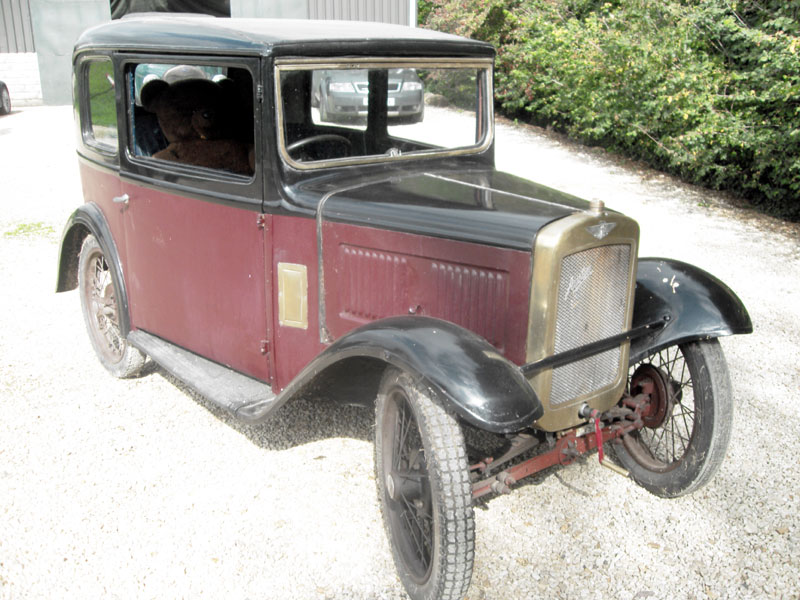 
Lot details
Registration No: Un-Reg
Chassis No: 212647
Mot Expiry: None

Apparently inspired by the Peugeot Quadrilette, the now immortal Austin Seven was announced in 1922. It is amazing to think that its tiny splash-lubricated 696cc (soon increased to 747cc) sidevalve engine was the design of an 18-year old draughtsman called Stanley Edge, and the Seven immediately became the smallest four cylinder-engined car on the British market. It featured four-wheel brakes (though on very early examples the front ones were operated by the handbrake and rear ones by foot pedal). The front suspension was by a semi-elliptic transverse spring, while the live rear axle was fixed to a pair of quarter elliptic units, and steering was by worm and wheel. Electric starters were standard from 1923. Taken to heart by the British public, the Seven remained in production from 1922 until 1939, during which time some 290,000 were produced. It was also manufactured under licence in France, Germany, Japan and America. As with any car whose running gear seems unbreakable, many examples were plundered by special builders (Colin Chapman's first Lotus was based on an Austin Seven) or simply run into the ground. The remaining cars are a vital element of the Vintage movement.

The Seven on sale is a 1934 Box Saloon finished in Maroon over Black and trimmed in Blue leather. The car's history is currently unknown, though the vendor regards the seemingly original bodywork as being in "good condition". He believes the paintwork is also "original" and informs us that, while the engine runs, it is now in "need of some attention", as are the headlights. The gearbox is thought to be "good". Unmolested Austin Sevens are an increasingly rare breed and this interesting example would seem to provide a good opportunity for anybody looking to return one to its former glory. The car is offered without tax or MOT.

PLEASE NOTE: We have not had this vehicle running.
Share: