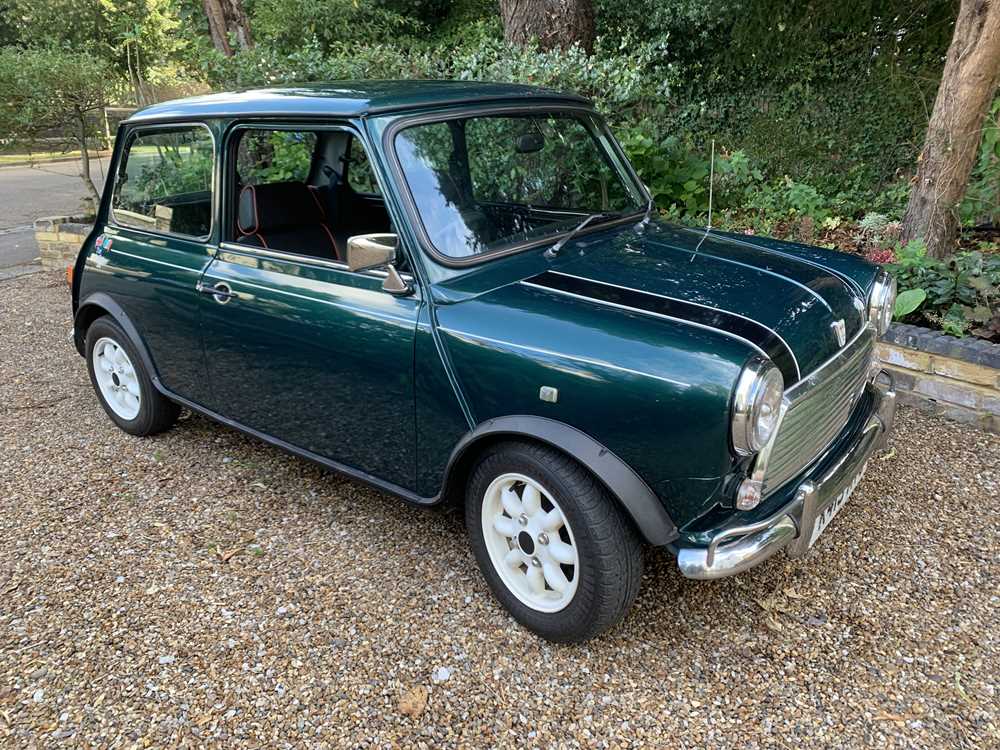 When Alec Issigonis designed the Mini in the late 1950s he could not have envisaged the following that the little car would attract. Launched in 1959 it soon became the best selling car in Europe and was hailed as an icon of the early ‘60s. Bought by celebrities including the Beetles, Peter Sellers, Dudley Moore and Steve McQueen its most famous moment came in 1969 when it starred as the getaway car in the film, The Italian Job. The Mini’s design features and safe handling suited it to competitive events – something that John Cooper was quick to capitalize on, creating the high performance, race-winning, Mini Cooper.

Purchased by the vendor from a dealer in 2006, this example was intended to be used by his son. However, he married and settled in America after college and the car has subsequently been sparingly used covering just c.1000 miles since then, mainly attending an annual MoT text and service. Finished in green with black seats piped in red, it is one of just 250 celebration cars which featured a special interior, 1275cc engine, bucket seats, Minilite wheels and Italian Job decals. Displaying just c.47,000 miles on its odometer it is now rated as having “very good” bodywork, paintwork, engine, transmission and interior.