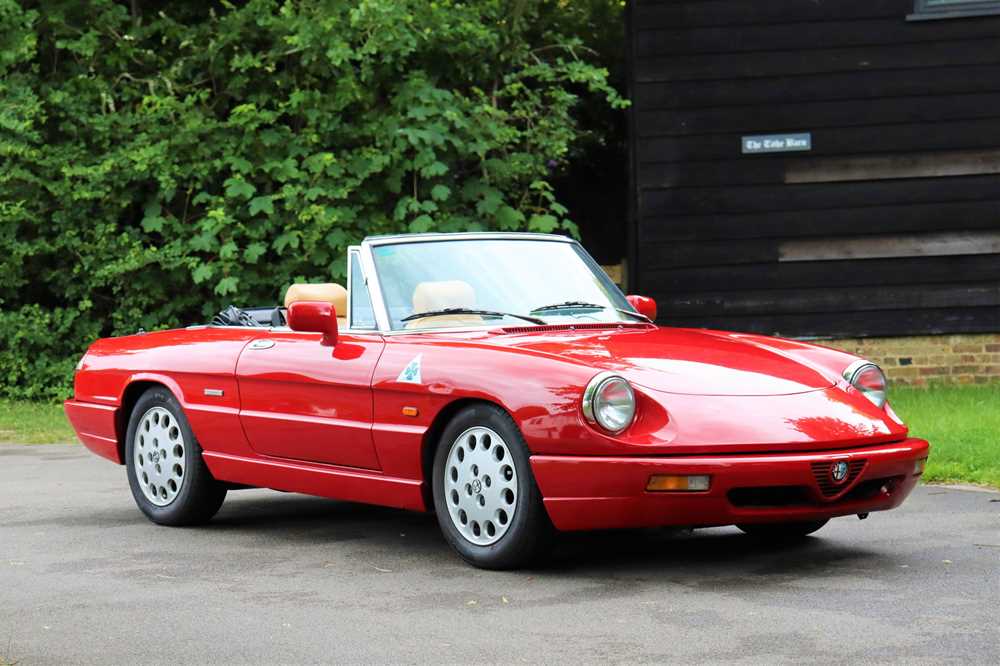 Following lengthy delays, the eagerly awaited Alfa Spider was launched at the 1966 Geneva Salon. It is said to have been the last project with which `Pinin' Farina was personally associated and, just one year later, was immortalised by the Dustin Hoffman film `The Graduate'. The Series 4 version was launched in 1990 and employed the same basic body style, mechanicals and chassis of the original version, but with improved styling over the 1980s models; including colour-coded bumpers and a more luxurious interior. The redesign and manufacture were entrusted to Pininfarina and, while all examples left the factory in LHD form, some were imported to the UK and professionally converted to RHD (by companies such as Bell and Colvill).

Manufactured in 1991, the S4 Spider offered is understood to have been supplied new to Mallorca, remaining there until importation into the United Kingdom in 2013. Fitted with the more desirable 1962cc Twin-Cam straight-four engine allied to the five-speed manual transmission, the Alfa Romeo is finished in the attractive colour combination of ‘130 Rosso Alfa’ paintwork with complementary Tan interior upholstery and a Black hood. Having just three keepers since arriving in the UK, the S4 Spider has a highly credible recorded mileage of just 102,937 kilometres, which equates to just shy of 64,000 miles.

Purchased by the vendor in 2021 from the previous keeper (who had owned ‘H207 LFA’ from 2013), the Alfa Romeo benefitted from some £2,800 worth of improvement with Alfa Workshop in Royston which included a full check and service, four new Pirelli tyres, a replacement fuel pump, new driveshaft bearing, refreshed injectors, renewal of some of the electrics, new rear brake discs, pads and calipers, and cooling system repairs with a replacement radiator. Since then, the Spider has further received a new alternator and complete exhaust system in May 2022. Accompanied by the body-coloured hard-top, two sets of keys, workshop manual and invoices from the vendor's ownership, ‘H207 LJA’ is also offered with a current V5C document and is due to be driven to the sale.