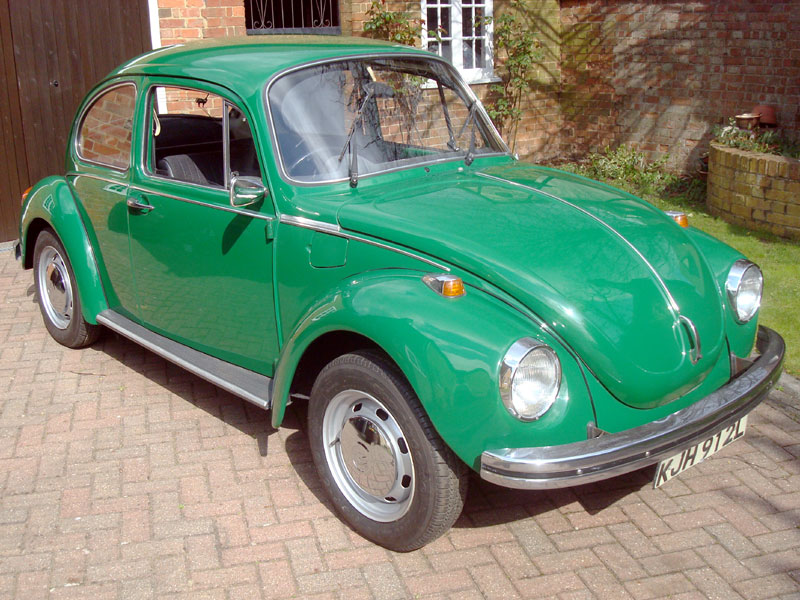 The story of the Volkswagen Beetle is like no other. Sixty-six years of production, over 21 million examples manufactured, factories on five continents etc - the statistics are as staggering as the car's history. In 1933, Hitler ordered Ferdinand Porsche to design and develop a 'volkswagen' (a people's car) that was basic, affordable and capable of transporting two adults and three children at up to 100 kph (ie 62mph). It was to be offered to citizens of the Third Reich via a savings scheme. The newcomer finally went into production in 1938 and, while it inevitably evolved over the years (it is said to have benefited from 78,000 incremental changes), the basic concept was never altered - an enduring tribute to the genius of Dr Porsche.

This right-hand drive Beetle is a 1303 example from 1972. It sports Green paintwork teamed with Black vinyl upholstery. We understand 'KJH 912L' has had four owners to date from just two families. It apparently retains its original interior but benefits from a recent respray, since when very few miles have been covered. The vendor sees the trim as being "fair for its age", the new paintwork as "very good" and the bodywork, engine and gearbox as "good". The odometer currently reads an unwarranted 93,144 miles.

PLEASE NOTE: The V5 for this vehicle is currently with the DVLA and will be forwarded to the successful purchaser upon its return.
Share: