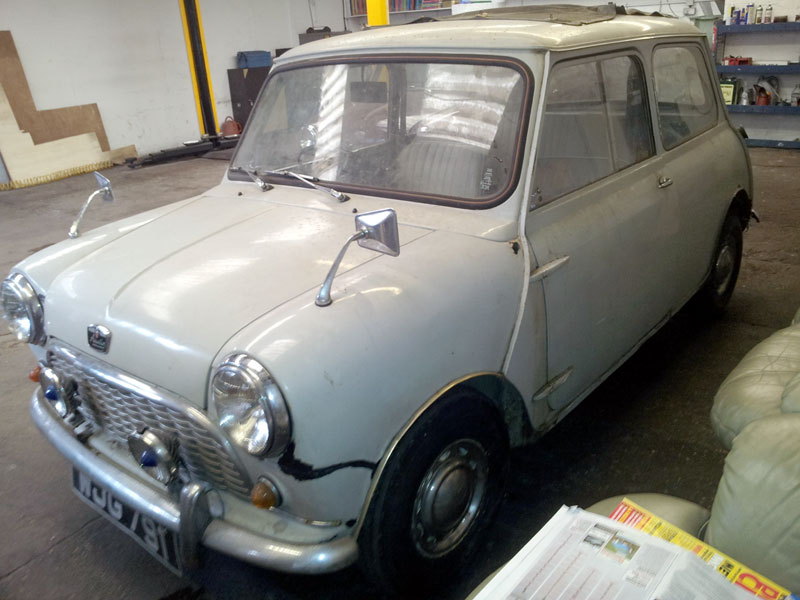 As a result of the Suez crisis, Britain found itself back on petrol rationing by 1956. BMC's Leonard Lord recognised the urgent need for a small car with ground-breaking economy. Within a year, the now famous team of Issigonis, Daniels and Kingham had designed and built a prototype of ADO 15 (Austin Drawing Office project number 15), and what's now known as the Mini was launched just two years later. Subsequently voted the second most influential car of the 20th century, the Mini was a revolution on wheels. By placing the engine across the frame and the gearbox in the engine sump, Issigonis was able to devote eighty percent of the floorpan area to the accommodation of passengers and luggage. The car's original rubber cone suspension system was also a first, helping to endow the car with its famous go kart-like handling.

This 1961 848cc Austin Seven has Grey bodywork teamed with a Grey/Blue vinyl interior. It has been off the road for the last 25 years and is described by the vendor as having "sound" bodywork, and "original - patinated" paintwork and interior trim. The timewarp Mini has yet to be run since being awoken from its slumbers, but will clearly need a degree of recommissioning before venturing onto the road once again.
Share this page: