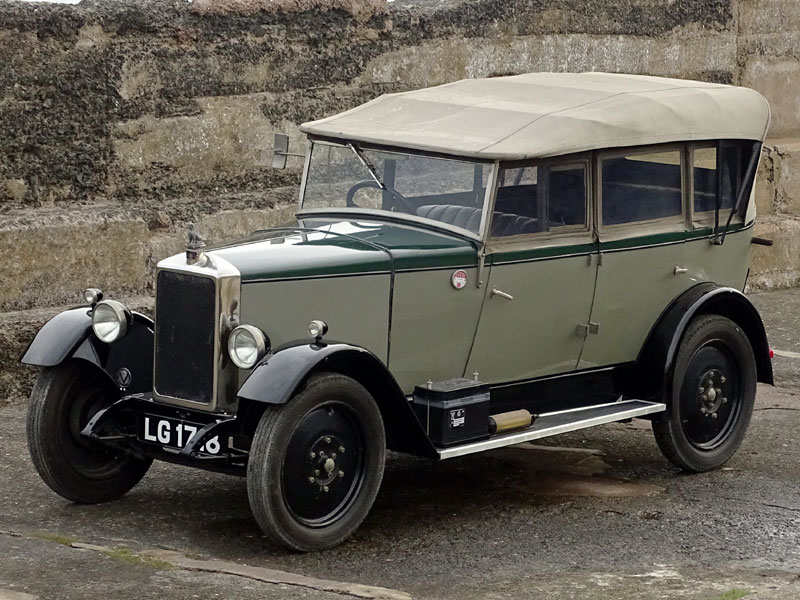 Introduced in October 1928, the Armstrong Siddeley 12hp was arguably the marque's first model to target mass market sales. Powered by a sidevalve, six-cylinder 1236cc engine, the newcomer offered class competitive performance and was more refined than some four-cylinder rivals. Initially available as a two-seater coupe, four-seater tourer or fabric saloon, the 12hp could be had with more elaborate coachwork by October 1930 including a coachbuilt saloon derivative which was nicely crafted but decidedly heavy.

Entering the late Sir Colin Hope's collection in 1994, the Four-Seater Tourer has since been treated to four new wings, replacement running boards and an engine overhaul. Little used over the past seven years, it was in running order when photographed during late October 2016 but will require recommissioning prior to road use. The Tourer appears to be complete but presents as an older restoration with various paint imperfections and some wear to the upholstery etc.
Share: