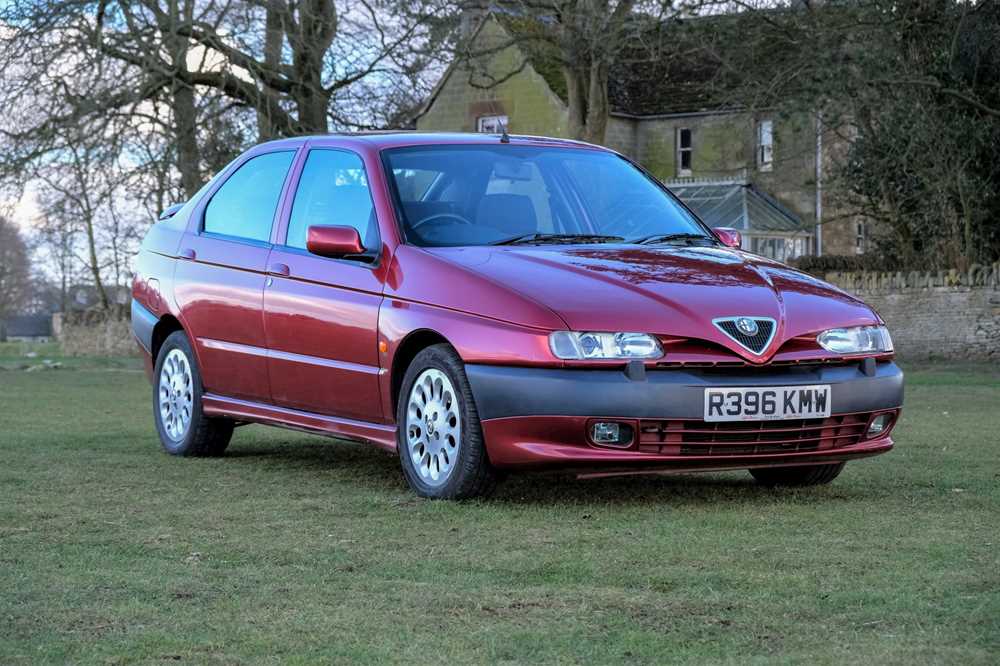 Development of Tipo 930, the replacement for the ageing 33 in the competitive family hatchback market, lasted four years The first offspring of the project, the three door 145, made its début on static display at the April 1994 Turin Motor Show. In April 1992 work began on a second car, the 146 or Tipo 930B, derived from and to be sold alongside the 145; with its more traditional Alfa Romeo style, it was aimed at a different clientele, that of the outgoing 33. Flagship sport models with the two litre 16 valve Twin Spark inline four engine from the 155 arrived a year after the début: the 145 Quadrifoglio and 146 ti. Each of the two litre versions had a unique trim level; both included more standard equipment than the L trims, like ABS, leather wrapped steering wheel and shifter knob and Momo sport seats. The 145 Quadrifoglio (145 Cloverleaf in the United Kingdom), launched at the September 1995 Frankfurt Motor Show and on sale from October, had deep body colour side skirts with "green cloverleaf" badges and five hole alloy wheels. The 146 ti went on sale in February 1996. It came with painted side skirts, a boot spoiler and twelve hole alloy wheels. Two litre cars were equipped with stiffer suspension, uprated all disk braking system, ABS, wider, lower profile tyres and 'quick rack' direct steering (also seen on the 155, GTV and Spider) which improved responsiveness.

Manufactured in 1997, this rare and desirable example was supplied to the UK, being registered new in August that year and finished in Bordeaux Red with stunning embroidered charcoal interior. Showing just 75,527 miles on the odometer at the time of consignment and just one previous owner, this Alfa has received a recommission from its current owner who purchased the car in February of 2018 with 65,000 miles on the odometer. This 146 had little use in the preceding years due to the ill health of the previous and original owner. Since then, the current owner has spent over £3,600; including a replacement steering rack due to a leak of hydraulic fluid, A renewed cambelt and water pump and as an additional precaution, the top end of the engine was overhauled with new valves and a skimmed head. In addition. The car also received new variable valve timing and a new radiator for additional peace of mind. The bill for this initial work came to £2000, showing the dedication of the current owner in ensuring that this rare modern classic received a new lease of life. In addition to the mechanical overhaul, the current owner also commissioned work to cut out corrosion on the floorpan and treat the car with waxoil and undersealing. Offered with original bookpack, handbooks and service book, 3 keys, collection of invoices, original Fish Brothers window sticker and keyring this revitalised modern classic offers a great opportunity.