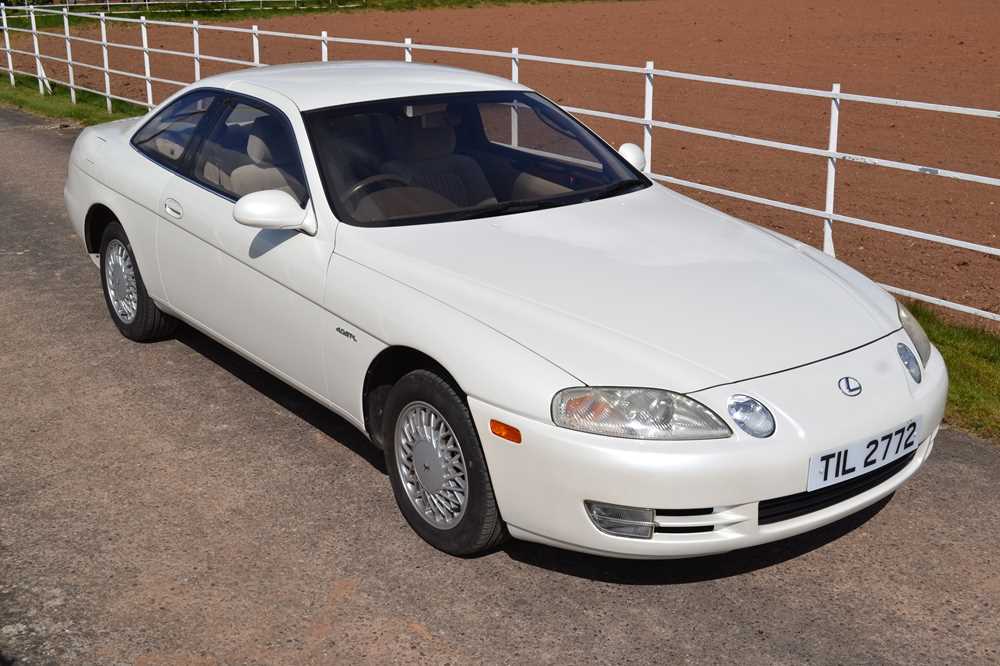 In 1987, following the design freeze of Lexus division's flagship UCF10 LS400 (Celsior) sedan which was due in 1989, Toyota commissioned its California design studio to develop a new luxury coupe. In mid-1991, the vehicle designed by the studio debuted in the U.S. as the Lexus SC300/400. That same year, Toyota debuted the third generation Z30 series Soarer in Japan, replacing the Z20 series. The Z30 series Soarer shared the body and key components with the Lexus SC, with different interior features, powertrain configurations, and enhanced performance. The new Soarer continued some of the features of earlier models, such as digital dashboard instrumentation and integrated car systems control via the in-dash EMV touchscreen. Widely considered an expensive and extravagant luxury car in Japan, the larger engines obliged Japanese buyers to pay more annual road tax.

This Soarer was manufactured in 1994, being first UK registered in October 1994 and supplied new to JCB Ltd. Fitted with the 4000cc V8 engine mated to a five-speed automatic transmission with overdrive. The Lexus is finished in Pearlescent white paintwork with beige velour interior upholstery. Allocated the cherished registration number ‘JCB 3’ during JCB’s ownership, it was retained by them until 2001 before entering into current family ownership in 2001, with the Lexus being used sparingly covering only 34,317 kilometers from new (at time of consignment). Offered with the original owner’s manual, Panasonic sound system manual, Japanese booklet, smart alarm and key, the Lexus has been self-serviced annually during current ownership and has been fitted with a new battery in February 2021 and a current V5C.

PLEASE NOTE: The cherished registration number ‘TIL 2772’ is not included in the sale.