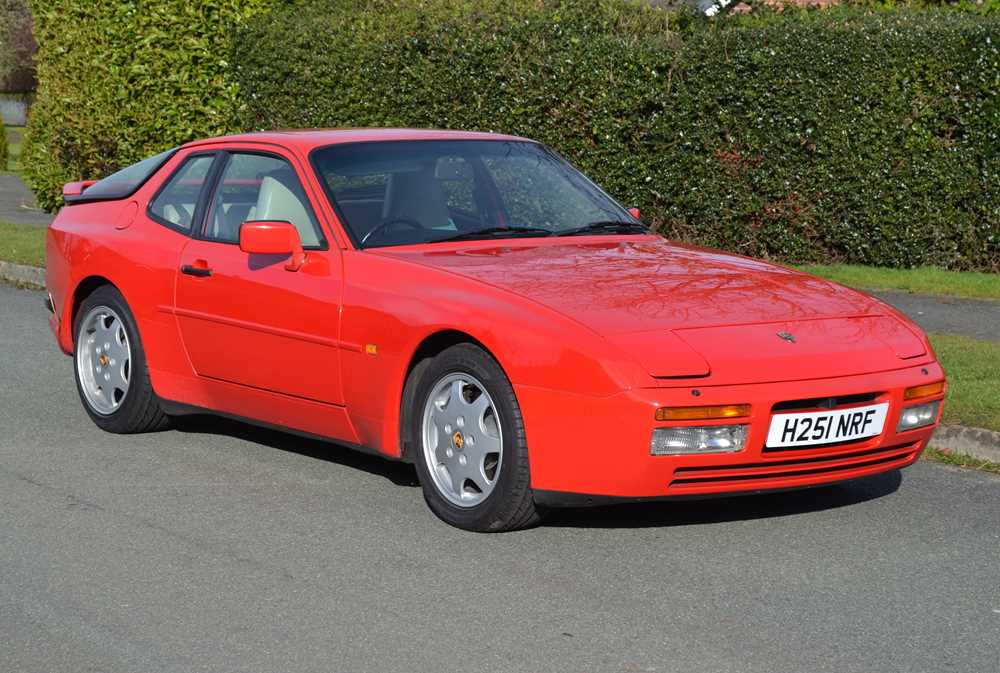 Following the international success of their nimble 924, Porsche designed an all-alloy, 2.5-litre inline-four for their new 944 which they planned to introduce in 1982. Their talented engineers were able to produce a very smooth running four-cylinder engine by utilising two counter-rotating balance shafts running at twice engine speed. The result is a large four-cylinder engine that feels as turbine-smooth as a six-cylinder. A turbo-charged version of the 944 was always on the cards, and for the 1985 model year, Porsche introduced the 944 Turbo, known internally as the 951. Forced induction boosted the 2.5-litre engine by a healthy 60bhp, up to 217bhp, with the clutch and gearbox uprated to suit. The Turbo also featured several other changes, such as improved aerodynamics, notably an integrated front bumper, standard external oil coolers for both the engine and transmission, standard 16-inch wheels (optional forged Fuchs alloys), and a slightly stiffer suspension set-up. The Turbo's front and rear brakes were borrowed from the Porsche 911, with Brembo 4-piston fixed callipers and 12-inch discs. ABS was also standard.

This Porsche was manufactured in 1991 and is a C16 (UK-supplied), right-hand drive example finished in the classic Porsche combination of Guards red with cream leather interior upholstery. The Porsche is fitted with the turbocharged 2479cc four-cylinder engine mated to the uprated five speed manual gearbox. Having covered a total of only 66,135 miles (atoc) from new, the 944 Turbo has only five former keepers and been in the present ownership for approximately 22 years. The Porsche was dry stored off the road from 2002 until 2020 due to the vendor working overseas.

Recommissioned in 2020 at a cost of £1,800 including a new fuel pump and filter; brake overhaul including new pipes and ends. The Turbo is accompanied by the original Porsche compressor; toolkit; scissor jack; compact spare wheel; body repair centre kit; spare key and immobiliser. The Porsche is offered with its book-pack including Service Booklet and Pocket Guide and a collection of MOT certificates and invoices.