1986 BMW 318i
No Reserve - Low Mileage and Ownership Example 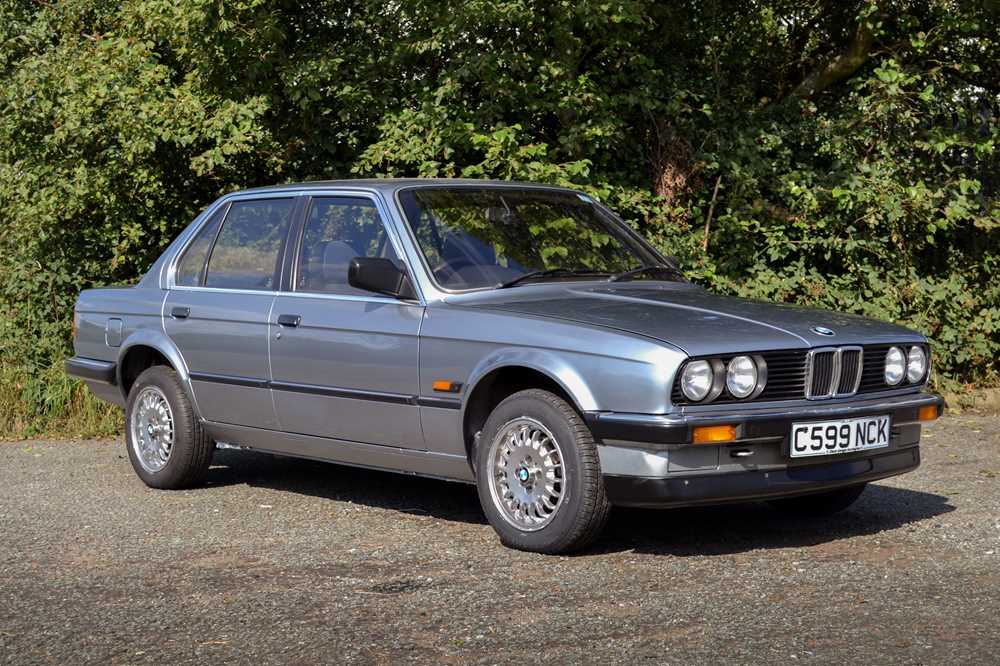 1986 BMW 318i
No Reserve - Low Mileage and Ownership Example

The superb E30 series of BMW compact saloons and coupes ran from 1982 until 1994 and, to many enthusiasts, were the last of the real driver-focused models from BMW. One of the most popular models in the E30 lineup was the 318i which initially had a 105bhp M10 four-cylinder engine until 1987. Arguably better balanced than the larger-engined six-cylinder models, it was arguably the car to have in the late Eighties when it became known as the ‘poor man's M3’. Widely regarded as superb driving machines, good examples of the 318i are still sought after today.

Manufactured in 1986, this 318i was supplied new to the UK through Clock Garage BMW of Accrington and was first registered to Padiham Cotton & Cotton Waste Co. of Burnley. Passing to the second owner who retained it from 1987 until 2009, the BMW has had just five owners from new. Fitted with the 1766cc straight-four engine mated to the five-speed manual transmission. The BMW is finished in the complementary colour scheme of Cosmos Blue with Pale Blue interior upholstery. With a recorded mileage of just 43,373 miles from new (at time of consignment), supported by service history, handwritten logs and previous MOTs.

Supplied with a history file including the original book pack containing the stamped service book and aforementioned handwritten logs; previous logbooks; old MOTs certificates and other sundry paperwork. Subject to a Category C damaged in 2005, the BMW subsequently was VIC inspected and passed in 2006.