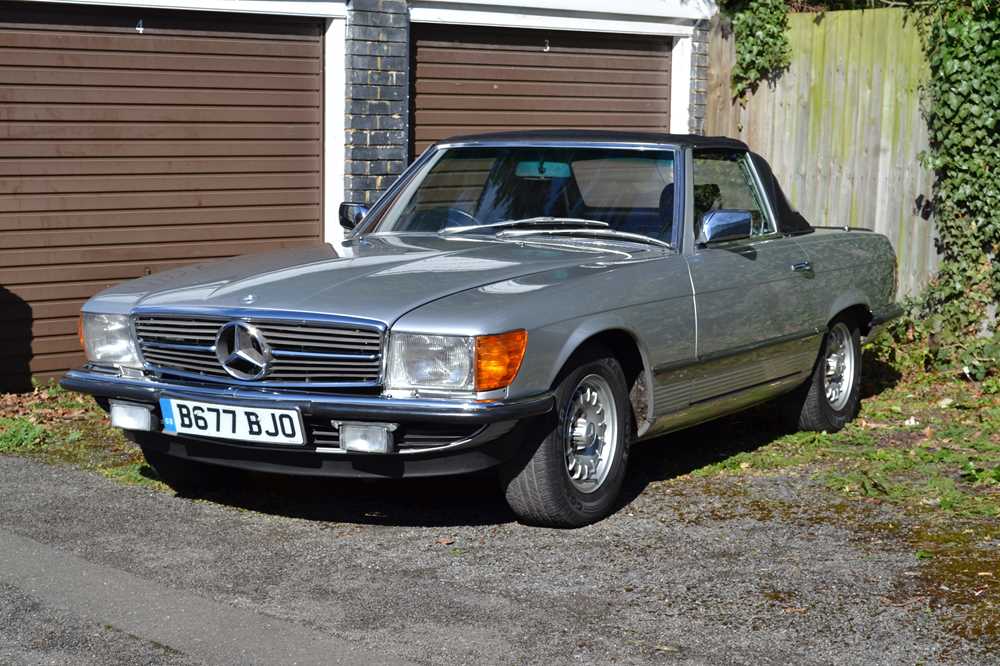 The Mercedes R107-series SL was launched in 1971 to replace the long-lived W113 'Pagoda' SL that first appeared in 1963. Though dispensing with Mercedes' usual model identification, it was based on the suspension of the W114 saloon and ran until 1989 with more than 237,000 examples built, being the longest single series ever produced by Mercedes-Benz except the G-Wagen. The Bruno Sacco-designed car was bigger, heavier and softer-riding than its predecessor, but can still handle and won the plaudits from distinguished motoring writers including LJK Setright. The 245bhp 500SL made from 1980 had an all-alloy fuel-injected V8 and was made for Europe only and with 60mph available in 7.4 secs the top speed was 140mph, faster even than the US, Japan and Australian 560SL. Plenty of R107s (and SLC’s) come to market but 500SLs are still a rarity, with only 11,812 built.

Finished in Silver with Red upholstery, ‘B677 BJO’ has covered just 77,167 miles (atoc) from new. The accompanying service book contains sixteen entries (nine main dealers, one marque specialist and six others). Covering a mere 7,000 miles over the last twelve years or so, the 500SL entered the current ownership in 2014. Entrusted to Mercedes-Benz specialist SS Motors of Surrey during 2016, the Convertible received a service, replacement steering shock absorber and new front brake pads/hoses at a cost of c.£1,000. Last serviced by Classic Mercedes Restoration in November 2020, this elegant low mileage 500SL is offered for sale with a large history file containing numerous past invoices, tax discs and old MOTs plus its original handbook/service book and a current ‘no advisories’ MOT certificate valid until October 2021.