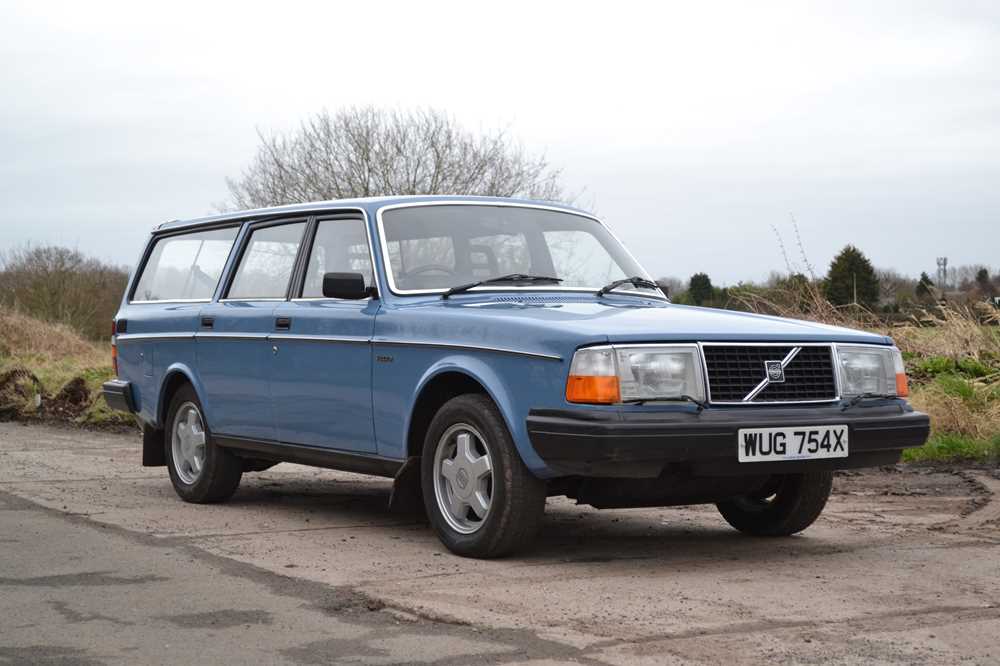 In August 1974, Volvo presented a new generation of cars in the 200 Series called the 240 and 260 Series. These new models had been developed from the 140 series and were very similar to their predecessors. The changes included a new front, large bumpers and a redeveloped chassis, featuring a front-wheel suspension system of the McPherson type. With the introduction of the 240 family, a new 4-cylinder engine series with an overhead camshaft was also presented. The previous 4-cylinder was still used during a transitional period for basic versions of the 240-series. Like the Volvo 244, the 245 could also be ordered for a short period with a V6 engine. The market's first 6-cylinder diesel in a passenger car made its appearance in the autumn of 1978 - in the Volvo 240. This was a successful alternative in certain markets where diesel fuel plays an important role.

The new Volvo car family had been developed with rigorous safety requirements. They were, in fact, so rigorous that the car was used as the standard car for safety developments by the authorities in the USA. However, the Volvo 245 also set the standard when it came to performance. When the turbocharged version of the 245 was presented in 1981, it was one of the world's fastest estates. On two occasions, the car was given a facelift, for the 1981 and 1986 model years. Towards the end of its life, the 245 experienced something of a renaissance with a version called the Polar becoming a cult car in Italy.

The Volvo on offer was manufactured in 1981 and is one of the earliest facelift examples. First UK registered in December 1981, the 245 was manufactured to DL (De Luxe) level. Fitted with the four-cylinder 2127cc B21 engine mated to a four-speed manual gearbox. It was supplied new via Rippon Volvo and still sports the original dealer numberplates and rear window dealership sticker. The Volvo is finished in the colour combination of light blue paintwork, with blue interior upholstery.

Entering current ownership in 2016, the Volvo received light recommissioning works costing in excess of £1,100 and comprising of new front brake discs and pads; other brake fettling; carburettor remediation; a new clutch slave cylinder and servicing. Since 2016 though, the Volvo has covered minimal mileage, and at the time of consignment had covered a total of 30,912 recorded miles across six owners. The five former keepers are reportedly from only two families.

Currently fitted with Volvo GLT alloy wheels, the standard wheels are included in the sale with the original spare still in-situ in the boot. The original Volvo towbar is still fitted to the car too. Accompanied by the Owner’s Manual and Wallet; a small number of past MOT certificates; a collection of invoices and current V5C.

Offered without reserve and with a recently agreed insurance value of £7,000, this looks like a tempting opportunity.