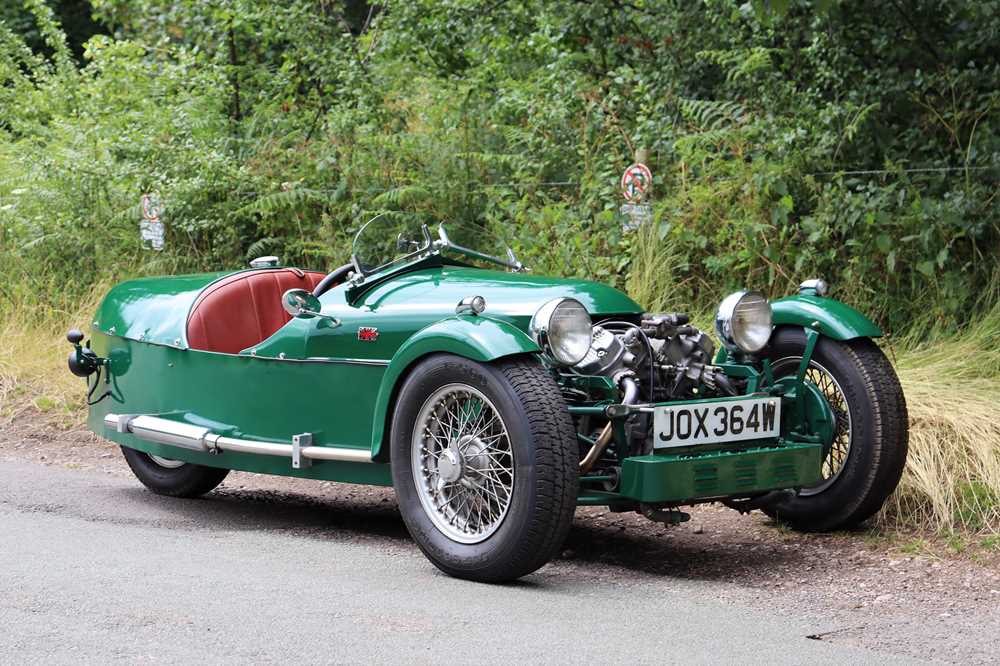 The dream of J.Z.R founder John Ziemba was to ‘recapture the nostalgia of classic ’30’s style motoring for a fraction of the price of the real thing’. Produced in kit form, the kit contained a box-section space frame chassis with welded steel side panels, and GRP front and tail sections. Fully adjustable suspension and steering brakes to accept Ford components were employed, with engine and rear suspension mounting points allowing either Honda 500 or Moto Guzzi powerplants. Production of kits launched in 1990, and as with most kit-based vehicles each JZR is unique to its owner’s taste whilst all vehicles have an aluminium body with many featuring either a machined alloy or walnut dashboard and leather trim.

Utilising a 1981 Honda CX 500 motorbike engine, this J.Z.R is understood to be the fourth kit that was manufactured by John Ziemba’s firm. Passed through a couple of individuals who had assumed it was a Moto Guzzi kit rather than a Honda, the vendor purchased the ‘JOX 364W’ in 2003, while still in kit form requiring completion. The build took the subsequent twelve-month (approximate) period, with the J.Z.R taking to the road in 2004. Utilising the Honda 500 engine allied to a four-speed manual transmission, the Trike features desirable three-wheel braking, rear-mounted fuel tank, and reversible cooling fan, allowing winter motoring with a heater, should the owner wish!

Finished in Green with Red interior upholstery, the vendor informs that he has covered many miles in the three-wheeler, including tours of the Yorkshire dale, with a displayed mileage of 49,819 miles (at the time of consignment). Said by the vendor to have been ‘very reliable’, ‘JOX 364W’ is offered with some previous invoices and MOT test certificates, literature relating to J.Z.R cars, and a current V5C document. A great balance of encapsulated classic ’30s Morgan styling and fun, with improved reliability!