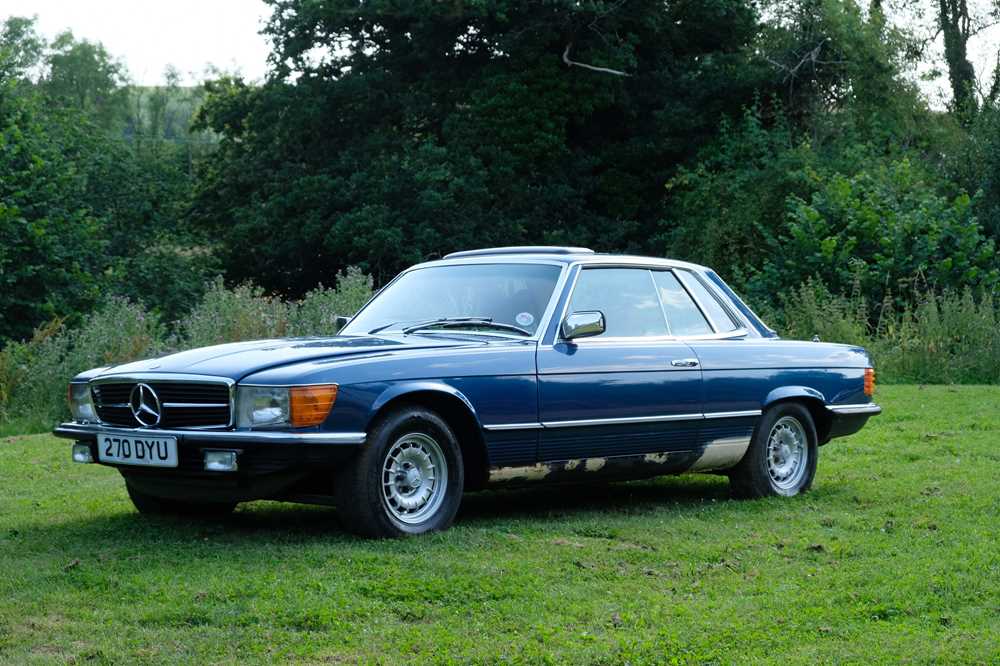 The subject of much past restoration work including a thorough engine overhaul by its previous marque specialist owner, ‘270 DYU’ has the makings of a rewarding project. The seller is of the opinion that ‘there is no welding needed’ and that the Coupe has been ‘off the road for over twenty-five years’. Service stamps up to 76,000 miles and various old MOTs thereafter warrant the mileage at 81,000. The vendor tells us that ‘the engine is very sweet with fantastic oil pressure but needs a new starter relay as you have to bypass the existing one to fire it up’. He also considers that the car could be made presentable if ‘the bonnet and sills were painted’. Underappreciated for years, the Coupe versions of Mercedes-Benz’s iconic R107-series SLs are now becoming increasingly sought after.

Sharing the same basic (R107) platform architecture as its convertible sibling, the Mercedes-Benz 450SLC fixed head coupe was introduced in 1972. A full four-seater, the model's stretched wheelbase was disguised by various ingenious styling cues such as the louvered sail panels that adorned its rear three-quarter windows. Equipped with all round coil-sprung independent suspension, power steering and four wheel disc brakes, it proved a comfortable and refined grand tourer. Predominantly allied to automatic transmission, its 4520cc SOHC V8 engine developed a quoted 217bhp and 265lbft of torque. Reputedly capable of over 130mph in standard tune, Mercedes' flagship coupe enjoyed a highly successful second career as a rally car including two Bandama wins and a second place on the East African Safari.