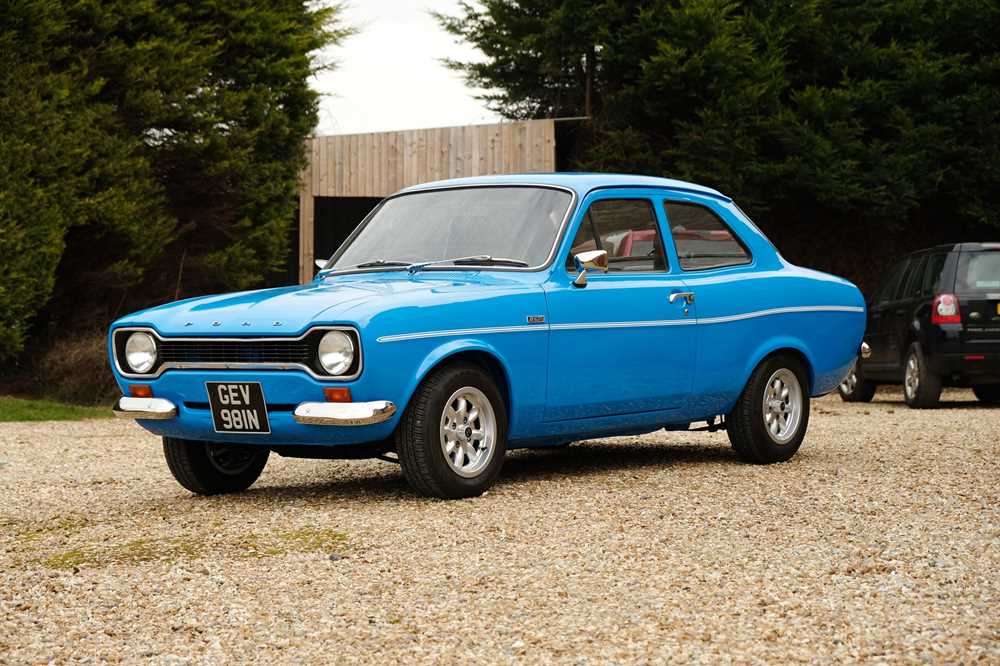 The Mark I Ford Escort was introduced in Ireland and the United Kingdom at the end of 1967, making its show debut at the Brussels Motor Show in January 1968. The Escort had conventional rear-wheel drive and a four-speed manual gearbox, or three-speed automatic transmission. The suspension consisted of MacPherson strut front suspension and a simple live axle mounted on leaf springs. The Escort was the first small Ford to use rack-and-pinion steering. The Mark I featured contemporary styling cues in tune with its time: a subtle Detroit-inspired "Coke bottle" waistline and the "dogbone" shaped front grille – arguably the car's main stylistic feature.

This is where it all started for the legendary RS (RS denoting Rallye Sport) brand. Unveiled in 1970, the Escort RS1600 was intended to be Ford’s latest rally weapon. To the casual observer it might appear to be a humble entry-level model, but the plain looks hide thoroughbred racing mechanicals. "Ford Escort RS1600 - The Potent Mix". This was how Ford's advertising campaign announced the Escort RS1600 to the world. Under the bonnet is the first example of the famous BDA engine. Designed by Cosworth, it featured in the firm’s rally cars for nearly 16 years. In its final 2.0-litre, fuel-injected guise, this legendary motor was pushing out more than 240bhp. The Mark I Escorts became successful as a rally car, and they eventually went on to become one of the most successful rally cars of all time

Based on an ‘’already good’’ 1974 1300GT, this RS1600 Evocation is a rare opportunity to experience a cult classic at a fraction of the price. Restored and created over a four year period and finished in 2016, this RS1600 Evocation is finished in the correct monza blue with black interior and was created to represent a historically sympathetic evocation with a little more punch. The car hosts a low mileage 2.0L Zetec under the bonnet; resulting in an intoxicating driving experience and has always been garaged, having only covered approximately 500 dry and salt free miles since its restoration.

The restoration process involved extensive work by respected escort specialist South West Resto’s, including new sills, front wings and arches and was then subject to professional paint at a cost of nearly £8000.

The engine was given much attention. A low mileage 2.0 Zetec was used with retro ford sump, water rail, alternator, exhaust manifolds and is fitted with the Burton BDA/RS1600 style rocker cover to give a historically accurate illusion. The car is Running on Weber Alpha twin 40s but with 3D/coil pack ignition using a throttle position sensor and has also been subject to a re-cored big tank radiator and electric fan to ensure the engine remains cool. The engine has been recently checked over and serviced with a new water pump, cambelt, tensioners and more.